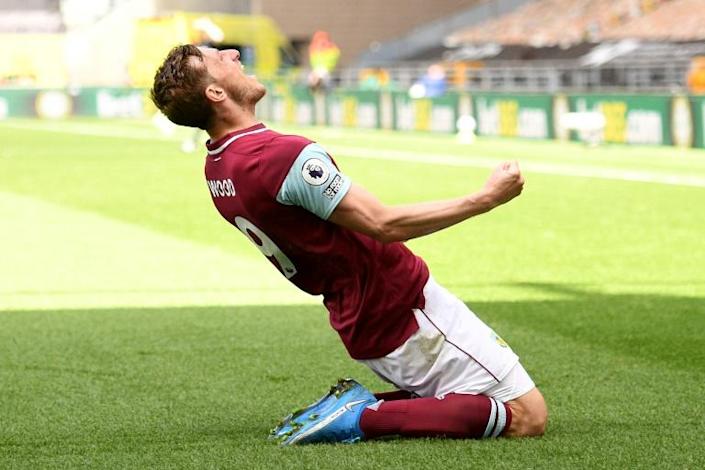 Burnley were sharper and more committed but mid-table Wolves contributed to their downfall with some sloppy defensive work at an empty Molineux.

The away side took the lead in the 15th minute after Wolves defender Willy Boly misjudged a header and the ball fell to Wood.

The New Zealand forward turned Conor Coady one way then the other down the right before firing the ball into the far corner of the net from an acute angle.

McNeil was again the provider as Wood completed his hat-trick shortly before half-time, heading home a corner.

Wood, who is now Burnley’s outright top scorer in the Premier League, is the first player from New Zealand to score a Premier League hat-trick.

Nuno Espirito Santo’s Wolves started the second half more brightly but Burnley’s Matej Vydra had the ball in the net in the opening minutes, only to have it ruled out for offside.

Wolves goalkeeper Rui Patricio got down low to keep out a Matthew Lowton drive with 25 minutes to go as Burnley continued to pose Wolves problems.

Wood went close to a fourth in the closing stages before turning provider for Ashley Westwood to thump home from the edge of the box.