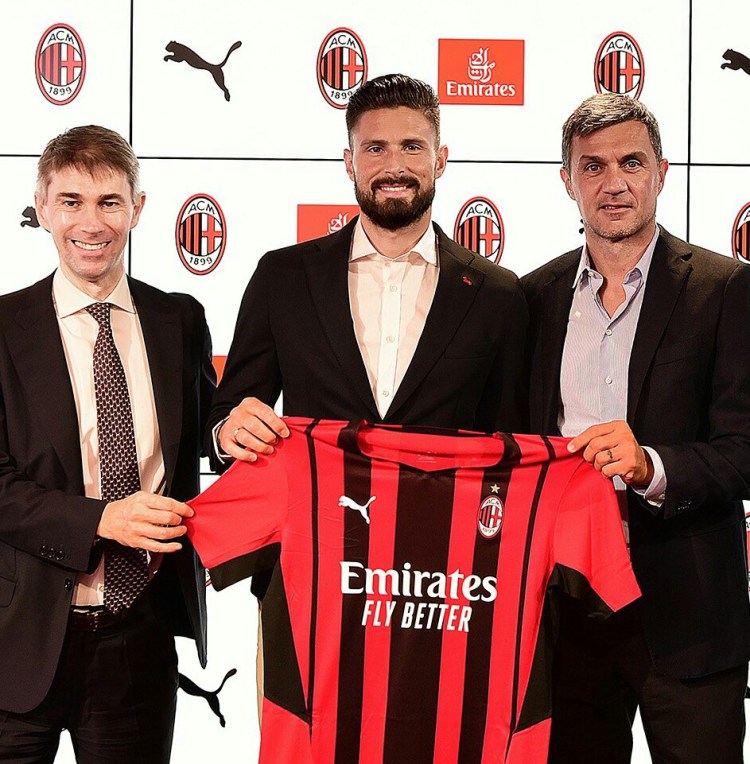 Milan confirmed Giroud’s signing in a statement on their official website on Saturday.

“AC Milan is delighted to announce the signing of Olivier Jonathan Giroud on a permanent transfer from Chelsea FC. The French striker will be wearing the number 9 jersey.

“Born in Chambéry (France) on September 30th 1986, Olivier Giroud spent his youth career with Grenoble and made his first team debut in 2005.

After playing for Istres and Tours, Giroud moved to Ligue 1 club Montpellier, where he scored 39 goals in 85 appearances in two years and where he won the league in 2011/12.

“In Januray 2018, Giroud moved to Chelsea FC, with whom he scored 39 goals in 119 appearances, winning one Champions League, one Europa League and 1 FA Cup.

“Giroud made his debut with the France senior squad in November 2011, scoring 46 goals in 110 appearances and winning the World Cup in 2018