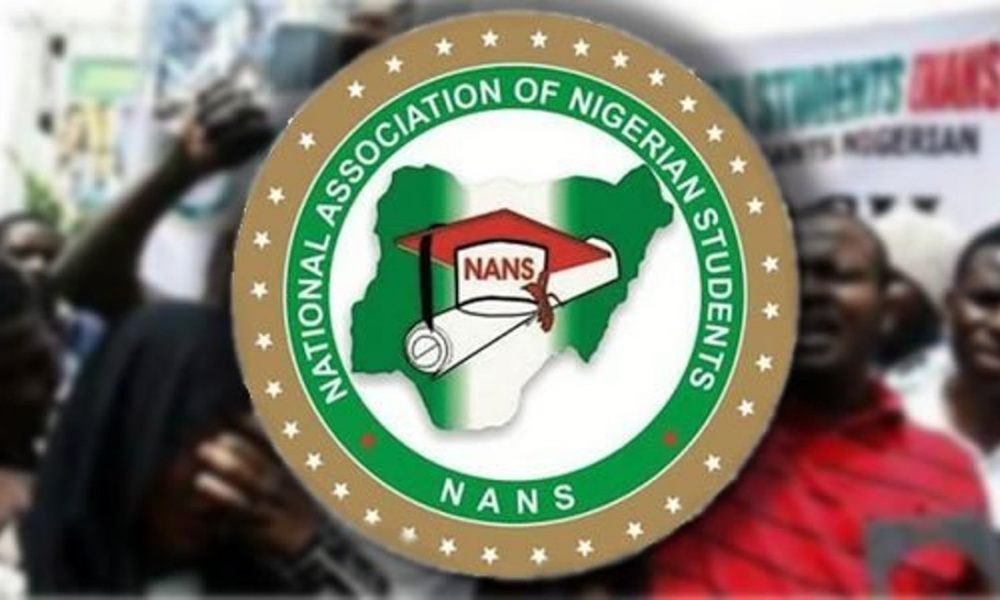 The South-West (Zone D) chapter of the National Association of Nigerian Students (NANS) has vowed to proceed with the June 12 protest as planned.

The zone in a statement on Friday signed by the Zonal Coordinator, Kowe Odunayo Amos; and Zonal Secretary-General, Giwa Yisa Temitope distanced itself from the earlier statement by its national president that the protest has been suspended.

It added that the National President spoke in his personal capacity and not as the leader of students in Nigeria as they were not consulted before the statement was made public.

Naija News recalls that the NANS National President, Comrade Sunday Asefon had announced the suspension of the planned protest, citing safety fears as well as possible hijack by politicians as his reasons.

However, NANS Zone D, in a counter-statement titled, ‘June 12 Protest; Sunday Asefon On His Own As Students’ Structure Are Prepared To Storm The Streets,’ said the position adopted by Asefon doesn’t represent the views of the Association.

They stated that the June 12 annual protest has gone beyond the matter of a single personality but is a day to call the government’s attention to the insecurity and other challenges facing the people of Nigeria.

The statement read, “It is most pathetic to read the statement issued by the President of NANS, Sunday Asefon calling for the cancellation of the June 12 protest which had been planned for and which has had preparations at top-gear for the execution of such. In fact, it must be put in proper perspective that the statement was issued in his personal capacity as the President of NANS and not on behalf of the association, hence, it does not reflect the position of Nigerian students because no consultation was made before such statement was issued. And, it is to this end he was careful enough to have made use of the first-person singular throughout the cause of writing the statement.

“It should be noted that just yesterday, while Sunday Asefon was busy mouthing the government’s position, students and staffs of Kaduna Polytechnic were being kidnapped.

“As we all know, June 12 is an annual ritual in the country to remember the day the peoples’ right to freely elect their leader was buried. In fact, the day is not about MKO Abiola or any personality as such, but, about the Nigerian people as a whole. And, it is important to state categorically that the essence of tomorrow’s agitation is to show our dissatisfaction as an association against the rising insecurity in the country, the increased inflation rate, peoples’ inability to access health care amongst others and to also call on the government of the day to do more in securing the people of the country.”

The zone submitted that President Muhammadu Buhari can’t be removed from office by the #BuhariMustGo hashtag so rather than suspend their protest, security forces should ensure adequate protection is provided for the protesters.

“In fact, if some persons somewhere are going around with the tag #BuhariMustGo, that does not mean that they have the capacity to send him out of the Presidential Villa which he presently occupies. Buhari can only be sent packing through an impeachment process on the floor of the National Assembly. So, rather than suspend an agitation because of the activity of some hoodwinked persons, we are duty-bound as an association to come out and clearly state what our position as an association is on the protest that had been called. And, if at all the NANS President has the interests of Nigerian students at heart, he should have used the occasion of his meeting with the IGP to demand the adequate provision of security personnel to protect students during the cause of the protest which is actually the duty of the Police. As an association, we are not preaching Buhari must go, we believe in one Nigeria but, the current challenges confronting us, security-wise is not encouraging.

“As a Zone, we totally dissociate ourselves from the statement of the NANS President and call on SU bodies throughout the South West campuses to maintain the mobilization which is on the ground. June 12 day of action is sacrosanct and we shall never for any reason succumb to blackmail of any sort. Our agitation is strictly a call for the Federal Government to abide by the social contract willingly entered into with the Nigerian people,” the statement added.

Meanwhile, the United States Mission to Nigeria on Friday warned its citizens in the country to avoid the June 12, 2021 protests which will take place on Saturday.

Naija News reports that the US made this known in an advisory titled, ‘Demonstration Alert: US Mission Nigeria (June 11, 2021) – Nationwide Protests on Democracy Day.’

The embassy advised American citizens to keep a low profile and avoid the areas where the protests will hold.