Kogi Government Reacts to Killing Of Its Commissioner, Abduction Of Council Chairman 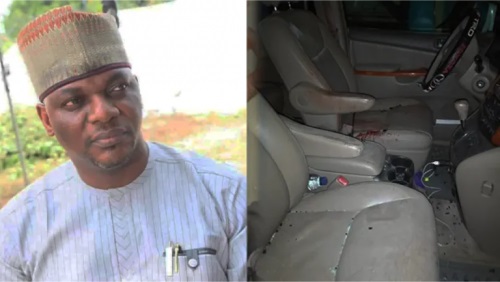 Kogi State Government has broken its silence following the murder of its top official.

The government has vowed to find and bring to justice against criminals in the state for killing its Pension Board Commissioner, Adebayo Solomon.

Also, the Chairman of Yagba East Local Government Area of the state, Pius Kolawole and some others were also recently kidnapped by gunmen who have demanded a random of N100 million.

Solomon was said to be travelling from Ilorin, Kwara State to Kabba in Kogi State when the gunmen shot at his vehicle, killing him.

In its first reaction to the tragic death, the state government in a statement signed Monday by the Commissioner for Information and Communications, Kingsley Fanwo, said the late commissioner “died as a result of gun wounds sustained from the sad incident”.

It read, “We can confirm authoritatively that the unfortunate incident happened shortly after Eruku, Ekiti Local Government, Kwara State. Hon. Adebayo died as a result of gunshot wounds sustained from the sad incident.

“The whereabouts of Hon. Pius Kolawole, Chairman of Yagba West LGA is still unknown but security agencies in both Kwara and Kogi State, as well as local security services are working hard to ensure the safe return of the Chairman.

“Despite happening on Saturday, the Kogi State Government has been circumspect in making official statements in order not to do anything to throw into jeopardy, the efforts of security agencies on the matter. But it is also incumbent on a responsible Government like ours to speak to our people and assure them that Kogi will spare nothing to remain the safest in the country.

“We also wish to caution those making statements which are capable of undermining the security of the state to desist from such an unpatriotic wish for anomie. It is high time we came together to make our nation safe, secured and governable.

“The government and the people of Kogi State are also determined to make Kogi peaceful and safe. Our government has the backing of the people and the security agencies to keep Kogi safe.

“We commiserate with the family of late Hon. Solomon Adebayo, the people of Yagba West and the entire Kogi State Pension Commission over the demise of a hardworking and patriotic gentleman who contributed immensely to our Pension Administration Revolution in the State. He will be sorely missed.

“The Kogi State Government wishes to assure the family of Hon. Pius Kolawole and the people of Yagba West of our commitment to ensure the release of the Council Chairman.

“We thank all good spirited agencies and private individuals who have stood with us in this dark time. As a Government, we will recommit ourselves to collaborating with neighboring States to ensure security of lives and property.”

Just last week, the Senator representing Kogi West Senatorial District, Smart Adeyemi, lamented in the National Assembly the growing insecurity in the country, describing it as the worst in Nigeria’s history.

But Remi Tinubu, her colleague in the National Assembly and wife of the National Leader of the ruling All Progressives Congress, which Smart also belongs to, was critical of Adeyemi’s frankness, asking him, “Are you in PDP (opposition Peoples Democratic Party)? Are you a wolf in sheep’s clothing?”