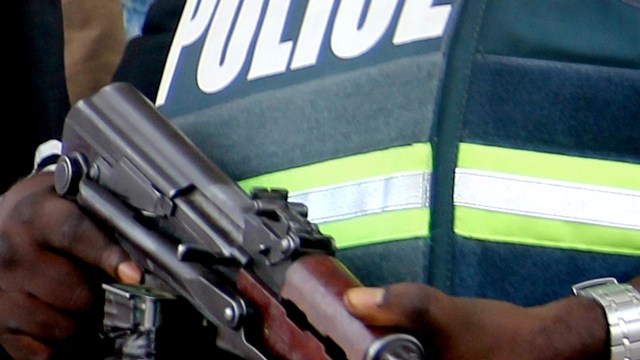 Reports reaching the desk of CityNews Nigeria say there are sporadic gunshots at Imo State House Of Assembly.

Sporadic gunshots on Thursday took over the space of the Imo state House of Assembly, as six lawmakers of the house were suspended.

The Speaker, Paul Emeziem who announced the suspension of the lawmakers at the floor of the House, said that their suspension was based on “conducting themselves in an unparliamentary manner.”

CityNews Nigeria learnt it was after the plenary had been concluded on the suspension of the lawmakers that there were gunshots in the air, which was said to be from the security operatives. Both the lawmakers and workers were seen scampering for safety.

Among the suspended lawmakers, four are members of the All Progressives Congress, APC, and the others are two members of the Peoples Democratic Party, PDP.

Also, the Speaker has sacked the Chief Whip of the House, Arthur Eqwim (Ideato North) and replaced him with Obinna Okwara (Nkwerre). In the same development, the Speaker, Emeziem, dissolved all the standing committees in the House.

However, one of the suspended lawmakers, Mr Ezerioha who spoke to Vanguard briefly said: “For now I have to be mute. I represent Oru West and my people have to decide.”