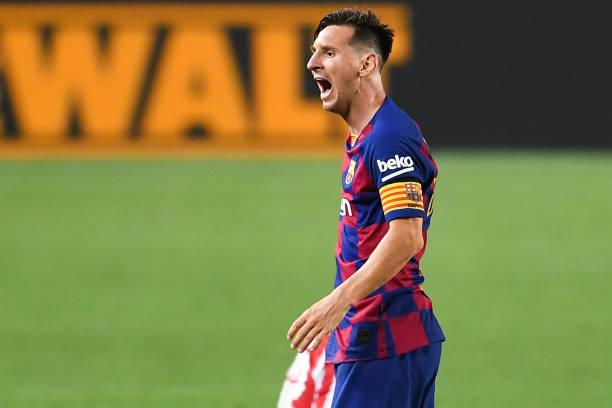 Barcelona on Saturday, confirmed that Lionel Messi will remain their captain, ahead of the 2020/2021 season.

The 33-year-old demanded for a transfer away from the Camp Nou three weeks ago, but then performed a dramatic U-turn, when the club refused to allow him leave for free.

Despite the chaotic period, He will keep the armband under new manager Ronald Koeman this season, with Sergio Busquets, Gerard Pique and Sergi Roberto as his deputies.

Barcelona posted a picture of all three players on social media and wrote: “For the third consecutive season, the four wearers of the armband will be Leo Messi, Sergio Busquets, Gerard Piqué and Sergi Roberto, in that order.

“Since the departure of Andrés Iniesta in 2018, the Argentine star has been in charge of leading the Barça team.

“The number 10 faces his 17th season in the first team and the third as first captain.”