Home » News » Yinka Odumakin planned to write on his travails-Wife 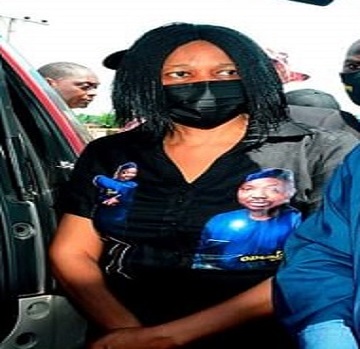 Dr Joe Okei Odumakin, widow of Afenifere spokesman, Yinka Odumakin, has disclosed her husband planned to write a book on his medical conditions.

She spoke with reporters on Friday in Moro, the deceased’s hometown ahead of his interment on Saturday.

Joe Okei Odumakin said: “”Right from the time he went for three meetings and as the time that his physiotherapist told him that his oxygen was low even in the ambulance before going to the hospital, he was there as a prolific writer writing an article, he was there as a committed patriot dishing out leaflets, he also put up different releases.

“He said when he comes he will write his story, he’s no longer here with us but he will never die, his legacies will live on. After 54 years of sojourn on earth. He was for none corrupt society. I salute him.”

She went on: “He loves the media, without the media his work would have been very difficult because nobody will help him disseminate his messages. He was against massive killings; he was for true federalism and a restructured Nigeria.

“He was for a Nigeria that works, he was for the protection of human rights, he was after doing things right. This is the heaviest part of my life to speak about this comrade after knowing him for over three decades.

“One thing is certain that his ideas are going to live forever. What he stood for will never die and the moment that his physical body will be interred we want to plead that people should rededicate their lives for a better Nigeria for a race that works.”