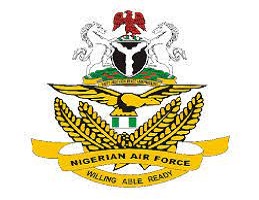 A coalition of women under the aegis of the Mothers for United Nigeria (MUN) has commenced prayers for rescue of the two Nigerian Air Force pilots that disappeared with the missing Alpha jet (NAF475).

The group said the report of the missing jet and fate of the two pilots is a source of concern to Nigeria mothers who continue to grieve over the security challenges in the country.

The women noted members of the Armed Forces have continued to pay the sacrifice to keep the country safe and together.

In a statement on Friday they noted the fact that the pilots were part of the ongoing counterinsurgency operations in the Northeast gives reason for Nigerians irrespective of tribe and religion to support leadership of the Armed Forces of under General Leo Irabor to return peace and stability to the country.

The Coalition also commended Chief of the Air Staff (CAS), Air Marshal Oladayo Amao, for quickly relocating to the northeast theatre of operations to coordinate the search and rescue operations for the missing Jet aircraft.

A statement by MUN’s Publicity Secretary, Hajia Salamatu Adebayo said: “We are once again faced with the immense sacrifice of our Armed Forces personnel who continue to attack positions of the enemies of the country.

“We commend efforts of the Armed Forces of Nigeria under General LEO Irabor as he continues to proffer solution on how to end the security challenges.

“We so commend the Chief of the Air Staff (CAS), Air Marshal Oladayo Amao for quickly relocating to coordinate the search and rescue operations.

“We also take time to commend and pray for members of the AFN for preservation as they continue to safeguard our country.”