Home » News » Why People Are Running Away From Nigeria – Jimi Agbaje

Why People Are Running Away From Nigeria – Jimi Agbaje 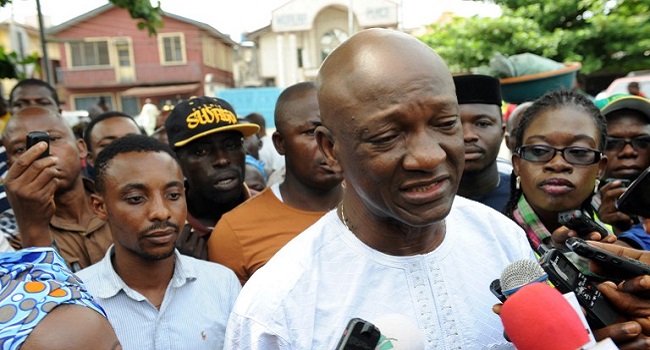 Jimi Agbaje, former governorship candidate of the Peoples Democratic Party (PDP) in Lagos state has urged the Federal Government to follow due process in the case of Yoruba nation activist, Sunday Adeyemo aka Sunday Igboho who was arrested and detained in Benin Republic.

Igboho who was arrested at an airport in Cotonou on Monday night alongside his wife, Ropo Adeyemo is still being held by Beninise authorities.

Speaking with DAILY INDEPENDENT, Agbaje also urged the Benin Republic government to ensure due process is followed unlike the case of the extradition of Nnamdi Kanu, leader of the Indigenous People of Biafra (IPOB) whose manner of return to Nigeria from Kenya is still shrouded in secrecy.

Agbaje said: “Everything should be by due process. We don’t want a situation where we are becoming a police state where every measure of opposition is handled with a very heavy hand. The idea of chasing people around to me is not the best way to go”.

“People run away from the law when they feel they will not get justice. If you feel that the way they even come after you is as if you are already guilty, then how can you get justice? For me, the Sunday Ighoho matter should be handled with due process.

“The Benin Republic government should do things properly so that we don’t have a repetition of what happened in the case of Nnamdi Kanu”.

“Till today, we are not even clear as to how Kanu came into the country. But it is obvious that something is hidden and it did not follow the due process. That is why nobody has come out to tell us exactly what happened. We hope that due process will be followed in Igboho’s case.

“Everybody must feel that the law is even-handed. You are not guilty until so proven. Nobody is saying anyone who is guilty of a crime shouldn’t be prosecuted but justice, equity and fair play must be done and due process must be followed.”