Home » News » Why Obiano Wants To Hand Over To Me –Soludo 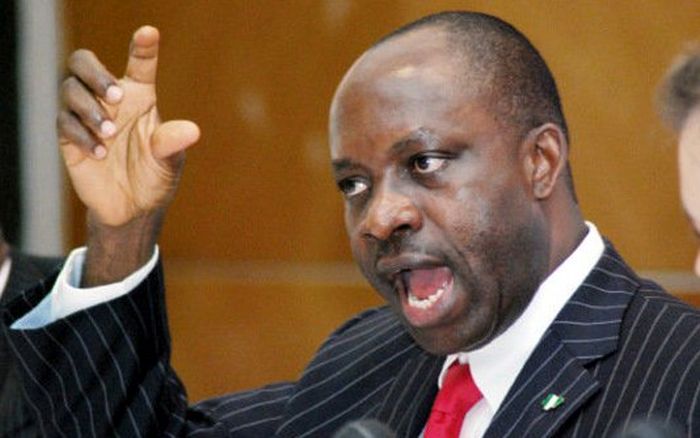 Former Governor of the Central Bank of Nigeria Professor Charles Soludo has revealed that the incumbent Governor, Willie Obiano, wants to hand over leadership to him as governor of the state because he believes in legacy.

He also expressed confidence that he will emerge the flagbearer of the All Progressives Grand Alliance and also come out victorious in the November 6 governorship poll in Anambra State.

He made this known while speaking on Thursday on Channels Television’s ‘Politics Today’ programme.

He said, “By the grace of God, I believe Anambra people will give me the honour to lead them,” adding, “It is time for me to serve my people at the community level, which is my state.”

“More recently, I have begun to indicate that yes, if my party grants me the honour of flying their ticket, then I will be on the ballot by the grace of God. I guess what is fuelling the theories of the political motivation of what happened (on Wednesday) is that many people feel while the election might be for us to lose if we are on the ballot, some people feel the only way to have their chance is if Soludo was not on the ballot.

“As to why Governor Obiano might have a choice of Soludo rather than the others, I must give it to the governor. He is very focused on legacy. He is focused on Anambra, he loves the state and his preoccupation every time we talk is his search for a successor; he is really looking for somebody who can effectively build on the foundation that he is laying and to take Anambra higher.

“There are very few people who have that kind of transition actually. Many people look for millions and people who carry their handbags but he (Obiano) is looking for competence, experience and knowledge. He is also responding to the wide demand of the people of Anambra across political parties, it is not just APGA that is demanding that they need a Soludo this time.”