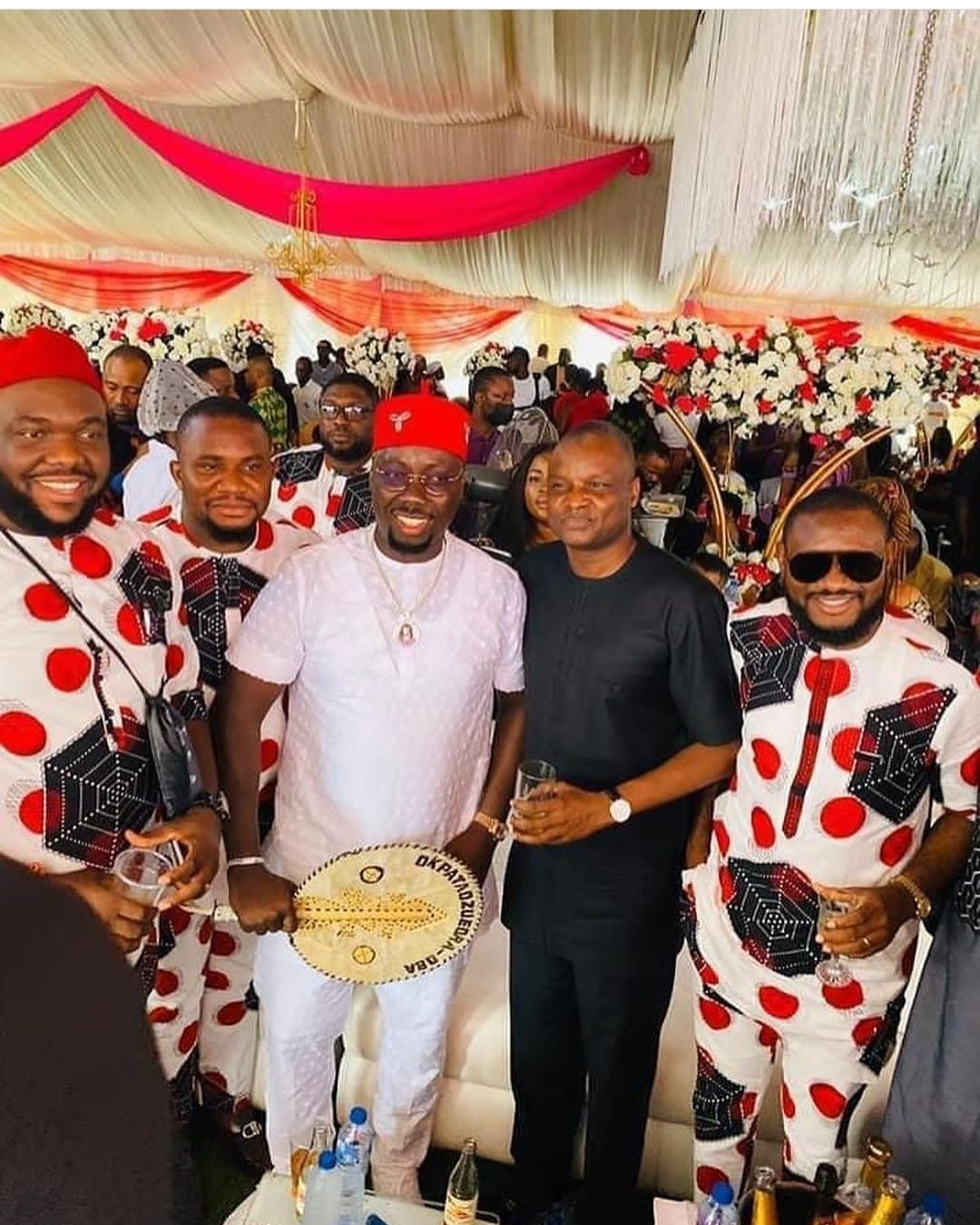 Deputy Commissioner of Police and leader of the Inspector-General of Police’s Intelligence Response Team, Abba Kyari, has described Obi Cubana as one of the most hardworking entrepreneurs he knows.

Kyari said this while giving reasons for attending his mother’s burial which was held at Oba in Idemili North Local Government of Anambra State.

Abba Kyari (in black) at the ceremony

The event, which was attended by businessmen, politicians, musicians, and actors stirred reactions online after Abba Kyari was spotted in the pictures.

But, Kyari in a post on Facebook, said he attended the funeral despite his busy schedule because of Obi Cubana’s good nature.

His post read: “Obinna Iyiegbu popularly known as Obi Cubana is one of the most hardworking entrepreneurs and Humble personalities that I’ve known for many years. He’s a brother and Good Friend.

“For his good nature and Good heart, I had to Squeeze out time from my busy schedule to honour him by attending the burial of his Beloved Mom In Oba town Anambra State.”