Why APC Senators Voted Against Electronic Transfer Of Results 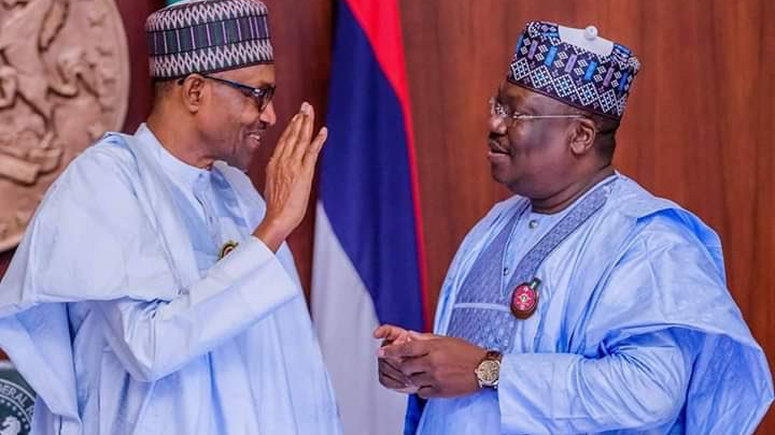 Details emerged on Wednesday on why senators elected on the platform of the ruling All Pro­gressives Congress (APC) voted against electronic transmission of election results last week.

Fifty APC senators and two of their counterparts in the main op­position Peoples Democratic Party (PDP) voted against the electronic transmission of election results in the forthcoming general elections, a decision that has been widely condemned by Nigerians.

The senators had insist­ed that the Independent National Electoral Com­mission (INEC) should be compelled to seek clearance from the Nigerian Com­munications Commission (NCC), while the National Assembly would have to approve the verdict of the NCC.

The Senate while con­sidering the Electoral Act 2010 Amendment Bill, had voted that “the commission (INEC) may consider elec­tronic transmission of re­sults, provided the national coverage is adjudged to be adequate and secure by the Nigerian Communications Commission (NCC) and approved by the National Assembly.”

While justifying the ac­tion of the lawmakers who voted against the bill, Sen­ate President, Ahmad La­wan, had said that the upper chamber took the decision in defence of about half of the Nigerian voters whose votes may not be counted with immediate deployment or application of electronic transmission of election results.

However, speaking exclu­sively with Daily Indepen­dent on Wednesday, one of the senators from the South- West, who was in Lagos for the Sallah break, said they jointly took the decision because they believe that Nigeria is not yet ripe for electronic voting and trans­mission of results.

While denying reports that the national leadership of the party or the presi­dency mandated them to vote against the report, the ranking lawmaker said pri­or to the division between the APC and PDP lawmak­ers, the APC lawmakers had earlier agreed that they were not in support of elec­tronic voting as it is suscep­tible to being hacked.

“It is wrong for anyone to say that we were ordered by the presidency or the party leadership to vote against electronic voting and transmission of results. We are independent-minded and don’t forget, we have APC caucus in the Senate as well as PDP caucus”.

On our own, we have agreed that electronic vot­ing as good as it is has its own shortcomings which need to be addressed before it can be adopted. If not, it can lead to miscarriage of justice as somebody’s votes can be easily given to another.

“Aside the issue of cover­age which was mentioned in the chamber, many of us, including PDP senators believed that computer can be hacked or manipulated in such a way that votes for candidate A can be switched to candidate B. If that happens, how can it be reversed?

“For us, while electronic voting is good, the manual option is still the best for now because like it is done now, people will queue, cast their ballot and it will be re­corded and counted on the spot. Everybody sees the re­sult and when it gets to the collation centre, the agents are there to monitor if the results declared at the poll­ing centres are tampered with. You can’t do that with electronic voting.

“There is nothing that cannot be hacked. If you recall, in 2015, INEC’s web­site was hacked and I think it was after that that they put a stronger mechanism in place to prevent a future occurrence. So, if it hap­pens now that a comput­er is hacked into and all the votes for a particular candidate is going to his opponent, how can that be stopped?

“These are the issues a lot of Nigerians failed to understand. Our col­leagues in the PDP know these things but they joint­ly agreed to vote in favour of it so as to score political points because they know that is what many Nigeri­ans want. But you can see that despite that, not even all of them voted for it”, he said.

Speaking with Daily Independent, Jimi Agbaje, former governorship can­didate of the PDP in Lagos State, said by their actions, the National Assembly is not interested in deepening democracy in the country.

“No, they didn’t han­dle the issue of electronic voting well. They have not shown that they are inter­ested in deepening democ­racy in the country. I can’t even say now this is exactly what their decision was.

“I think it would have been better if they have fears, they should leave it to INEC to decide whether it is applicable or not. If you have a situation where there is 90 percent coverage, you don’t because of 10 percent throw out the entire system. At worst for the 10 percent, you can do manual.

“I strongly believe they should have left it to INEC as an autonomous body to decide whether it is possi­ble or not”, he said.