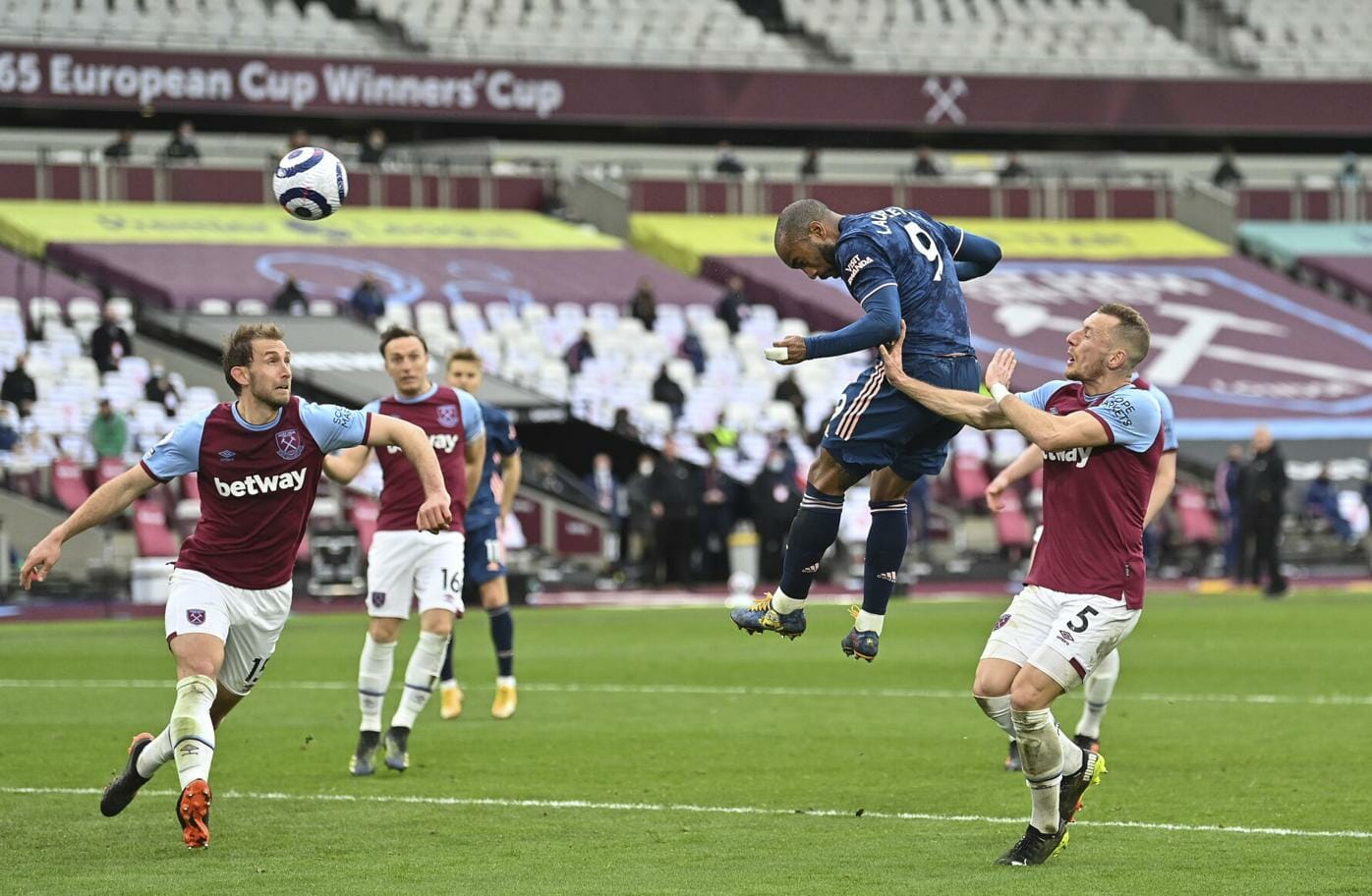 Arsenal striker, Alexandre Lacazette, has claimed his team-mates did not respect manager Mikel Arteta’s pre-match instructions during their 3-3 draw with West Ham on Sunday.

The Gunners fought back from 3-0 down to leave the London Stadium with a point.

Jesse Lingard, Jarrod Bowen and Tomas Soucek all found the back of the net within 32 minutes..

It was an altogether shambolic first half performance from Arsenal before an own goal from Soucek started the revival.

And Lacazette conceded after the match that he and his team-mates did not “respect” Arteta’s game plan from the off.

He told Sky Sports after the draw: “The feeling is mixed because I’m proud of my team for coming back in the second half and disappointed with the first half.

“We didn’t respect the game plan of the coach. This is not what we wanted but we have to think about it.”

When asked why they didn’t respect Arteta’s plan, Lacazette added: “Don’t know. Maybe we had the pressure because we knew it was a big game.

“This is where we have to improve. We have to work a lot to be ready for the end of the season.”