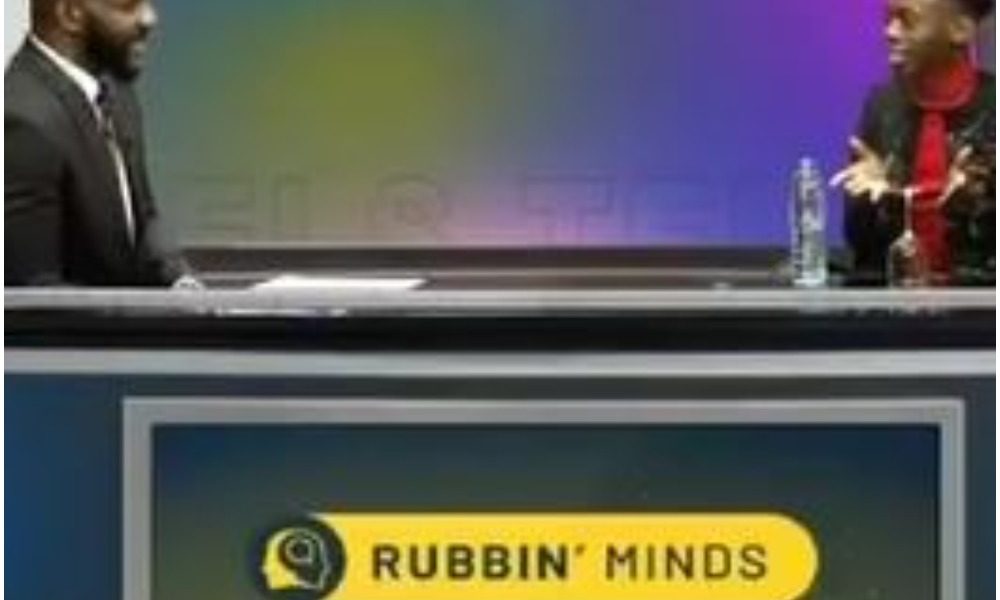 A video depicting the moment Nigerian magician, Babatunde Kasumu popularly known as Babs Cardini, turning water into wine on live TV has surfced on the internet.

In the video that has become a growing sensation, the young star, performed the water to wine stunt on Ebuka Obi-Uchendu’s Rubbin Minds morning show.

The video captured the moment Cardini poured some water into a glass cup which later changes into wine. Undoubtedly, Magician Babs Cardini continues to wows his audiences by performing this unimaginable tricks.

The 19-year-old has been a fan of magic since the age of five, but only started practicing at 16.

Watch the video below;

See some of the comments below;

@nigerian_princess1 wrote; ‘If it’s not edited guy they poured some kinda liquid in that cup that dries up and changes it’s color omo no be me una go give migraine”

@oyinameen wrote; ‘Jesus Christ is back’

@kokoma_bassey wrote; ‘The more u look the less u see’

@bolajistlawrence wrote; ‘‘Terrible Cameraman. Zoomed in late so as far as I’m concerned”