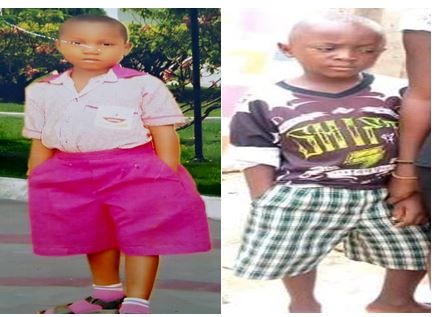 The Nation gathered the seven-year-old and six-year-old were abducted around the J.S. Tarka Institute of Political Studies last Saturday around 5pm.

It was learnt the kids left to watch a match at a football viewing centre a few metres away from their residence after their parents left home.

Their parents were said to have raised the alarm when they didn’t see them, leading to a search and rescue effort, which yielded no results.

READ ALSO: VIDEO: House of a suspected kidnap kingpin being demolished in Benue

The footwear of one of them was found near a dugout area that had a pool of water and the second’s footwear at a nearby Catholic Church on Sunday morning.

The discovery prompted an initial suspicion they might have drowned in the stagnant water.

Local divers were mobilised into the shallow water for hours to no avail.

But their corpses were found dumped near the water at the J.S. Tarka Institute of Political Studies with clear evidence of strangulation around their various necks on Sunday morning.

Their parents were too shocked and dumbfounded to talk when The Nation met them.

Elder brother of the parents, Dr Ben Abba, described the departed kids as loving and full of life.