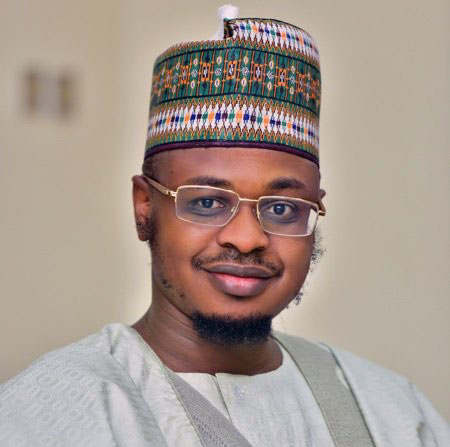 What President Muhammadu Buhari has thrown his weight behind Dr. Isa Pantami, his Minister of Communications and Digital Economy, against the tide of public opinion (that the minister resigns or gets fired, in view of his dangerous past utterances which bother on religious fanaticism) should not come as a surprise to anyone who has studied the modus operandi of the Buhari administration in the about six years of the man’s second coming. Indeed, Nigerians should be grateful to the president for even coming out with a position on the issue barely two weeks after it hit the headlines.  Usually, mum is the word on such matters from the government. Recall how long it took him to react to the call for the sack of the immediate past service chiefs, among other examples.

Minister Pantami I never knew from Adam. But, something struck me a few months back, when he came up with unrealistic deadline for Nigerians to have their National Identity Numbers (NIN) linked to their phone lines, lest they got yanked off from telephone subscriber database. Really, this is the way to go if we must improve security in the country. NIN is not peculiar to Nigeria. But the timing was wrong and we made this clear to the minister who did not appear swayed by the arguments put forward for extension, at least initially.

Asking Nigerians to get NIN under the then existing process was a recipe for disaster. Indeed, the process ran contrary to the government’s admonition to Nigerians to maintain social distancing as a result of the second wave of the coronavirus which was ravaging some countries, including Nigeria, at the time. Yet, Minister Pantami stuck to his gun. Not even the chaotic scenes of hapless Nigerians at the various National Identity Management Commission (NIMC) offices nationwide (in flagrant violation of the social distancing protocol) in both the print media and on television could convince the minister for long that the deadline be jettisoned until a better time, or the process be liberalised by allowing major telephone companies to be involved in the exercise, as was later done.

I did not know where Minister Pantami got the temerity to come up with such a directive which ran counter to the wish of the government that appointed him, in the circumstance. Obviously, he must be one of those cabinet members with whom his boss is well pleased and whose word was law, of sort. It would appear the minister himself realised this and probably did not mind flaunting it. Again, how the minister had expected over 170 or so million Nigerians to meet the deadlines he set for NIN enrollment and linkage with SIM cards (a task that successive federal governments failed to achieve in 40 years, in less than two months), was baffling.

I had all the while been feeling somehow about what manner of man would pursue an exercise so dogmatically, despite the huge risks involved; risks that the very government the minister is serving so acknowledged. Something kept telling me something that I really cannot explain until Patami’s past began to haunt him.

I have no problem about how anybody manages his religious life. I do not even care about what religion anyone may decide to practice because I have always believed this is a personal affair. The same way I don’t care a hoot if someone is a religious fanatic because religious fanaticism is not peculiar to any religion. I care less about all of these and probably more, provided that other person understands that where his freedom to practice his religion stops, others’ begins.

But there is everything wrong when someone who had eulogised terrorism, al-Quaeda and all is a top-ranking minister in a country that has been having issues defeating terrorism for over a decade. To say that he has repented is begging the issue. Yes, he may have repented, and he might not have. We do not have a way of verifying the veracity of his claim; the white man is yet to invent a machine that could test for such repentance. So, it is his word against those who researched into his past to exhume what the minister would never have wished was exhumed. That was probably why he threatened the Daily Independent that first published the story alleging that he was on America’s terror watchlist. This, no doubt, is overboard.

But a truly repentant minister would not have threatened the newspaper the way Pantami did. Rather, he would simply have told the paper and any other person or institution that cares to listen what he told those who cleared him for ministerial appointment, in spite of that ugly past, that warranted  the waiver they gave him, i.e. that he has repented.

The initial questions that came to mind when the story broke were, one: was the minister not screened by the State Security Service (SSS) before his name was forwarded to the senate for ministerial confirmation? If the SSS missed detecting the past about the then ministerial nominee, how did Pantami pass the senate screening? Possible answers were that both institutions were either derelict in their duties or they did their job but the government ignored their recommendations.

But, if the report in The Punch edition of April 22 is anything to go by, then, the Buhari government is to blame for insisting on its choice of Pantami. The report, titled “Pantami was imam when ATBU Muslim community issued fatwa, killed my son in a mosque – Prof” even introduced a new dimension into the story, which naturally should compound the minister’s troubles.

What was in the public domain before The Punch story was about religious fanatism. But the newspaper’s story alleged something much more serious. According to the paper, Pantami was the chief Imam of Abubakar Tafawa Balewa University (ATBU) mosque in Bauchi State in December, 2004, when the son of a former lecturer of Industrial Chemistry at Kaduna State University, Prof. Samuel Achi, was strangled to death. The 24-year-old man was a 400 Level student of Architecture at ATBU. He was alleged by some Muslim students then of circulating a tract with blasphemous content. A fatwa was then pronounced on him, consequent upon which he was strangled to death. The father, Prof Achi, said his son was then the leader of the students fellowship of the Evangelical Church Winning All Ministry. He denied that the tract his son distributed contained blasphemous content. “…It was from the night of December 8 to the early hours of December 9 that it happened. From the fact that I had… from the confirmed information that I had, he was not stoned. He was actually strangled inside the mosque. His body was discovered outside the university mosque”, the father said.

Without doubt, this story has opened a Pandora’s box that should interest the security agents. Could such a thing have happened in a Nigerian university which is supposed to be a citadel of learning and civilisation? And in this 21st century? Which of our laws give people the right to kill in the name of religion? Pantami has not personally reacted to the story. But one Uwa Suleiman, one of his aides reportedly told The Punch that “The allegations are not true” adding “Do your research but the allegations are not true.”

I am not saying they are true or not yet. But then, the security agencies must wade in at this point. Unless the story is concocted, it is not only Pantami who has a case to answer. Even the then university authorities owe the world an explanation on how they handled the alleged murder.

Mercifully, the same Punch story provided what could be a clue on whether the secret service did not do due diligence before clearing Pantami. According to the paper, a former Assistant Director with the Department of State Services (DSS), Dennis Amachree, said the secret police screened the ministerial nominee before his confirmation in 2019. But then, the powers-that-be ignored the report chronicling some of the allegations of religious fanaticism against him. Apparently, he had to be picked because he is the only member of the Federal Executive Council from Gombe State. Another evidence of Nigeria’s skewed federal character principle and lopsided federalism! The same applies to the senate confirmation which, oftentimes is a non-event due to political party considerations or camaraderie (otherwise known as ‘bow and go’).

How the President Buhari administration could have found such a person suitable for appointment not only as minister of the federal republic, but one handling a sensitive portfolio of supervising the country’s database, tells volumes about the government’s sense of fairness and judgement. The country might be in trouble because we do not know how many other ‘repentant’ Pantamis the Buhari government harbours. This is quite unfortunate.

Since it was the government that insisted on the choice of Pantami (even against security report, at least as reported without official denial up till the time of filing this column), it is incumbent that the government had to come up with an epistle to defend its choice.

Without doubt, there could be people who are not happy about some of the minister’s activities, particularly with regard to data charges and would therefore stop at nothing to “cancel” him (to use the government’s exact word). For me, all of this would have amounted to nothing without what Pantami said in the past. Moreover, even when he said those things, he was already an adult. It is good that even the government admitted that what he said was wrong then and even now. The only snag is that he has apologised and that should suffice.

It is only that we are usually in a hurry to gloss over issues in this country. It is debatable whether the minister can be exonerated over what he said, in a court of law, despite his so called apology. Perhaps the only defence that could avail is that he never said those things, a thing the minister is not claiming in this instance. After all, there had been instances where our courts had ruled against some people, including eminent Nigerians who claimed to have integrity, based on their antecedents. Not based on apologies they tendered.

Be that as it may, the Federal Government should not stop at threatening to expose the ICT companies that tried to induce editors to run a smear campaign against the minister. That is unacceptable, even if we must admit there is no way a lizard can penetrate a wall if there are no openings on the wall.

All said, the government would have done well to limit its reaction to the Pantami issue. It should have saved us thinking about a past we are now remembering with nostalgia. It should stop getting on our nerves by reminding us that it is in the course of bettering our lot that it is attracting or amassing enemies. We knew what our lives were like when it took over in 2015. The average Nigerian knows what life is like today.

We can only hope a day would not come that we would lament the Buhari government’s decision on this issue. May “had we known” never be our collective portion on this matter. Amen. But, there is nothing personal or sinister in it. The fears of those that are afraid are not unfounded, given the centrality of the minister’s portfolio to our safety and collective security.