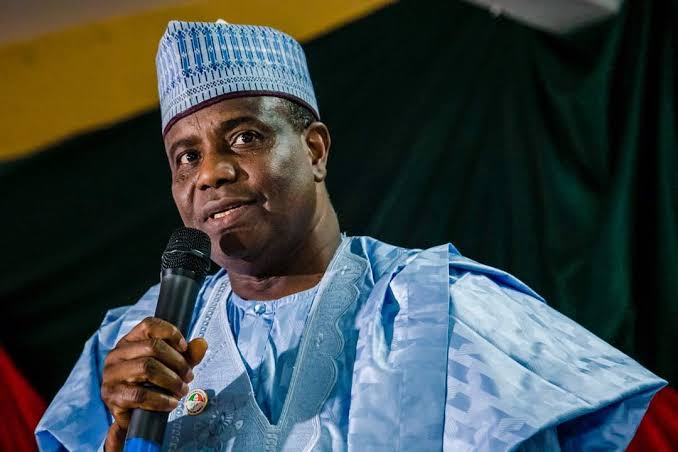 The Governor of Sokoto State, Aminu Tambuwal on Thursday reacted to the crisis rocking the Peoples Democratic Party (PDP) ahead of the 2023 general elections.

According to Tambuwal, the party’s Board of Trustees (BoT) will come up with a solution that will resolve the issues in the party.

The Director General of the PDP National Campaign Management Committee stated this after receiving BoT members on Thursday.

Tambuwal appreciated the BoT Chairman, members and his team for taking steps to resolve the crisis in the party.

He noted that it is the function of the BoT to step in whenever the party is experiencing this type of crisis.

The Chairman of the PDP Governors Forum further stated that governors elected on the platform of the party are discussing the way forward out of the grievances in the main opposition party.

Tambuwal noted that the Governors Forum will also meet to come up with a solution and the way forward for the party.

He said, “We are all interested in working together for an objective and that objective is for the party and Nigerians of good Will because we believe we have had enough of the government of APC.”

The PDP governor said the party is working on sending the APC government out in the forthcoming election.

He called for party members to work together to solve their internal problems and forge ahead and prosecute the electoral battle.