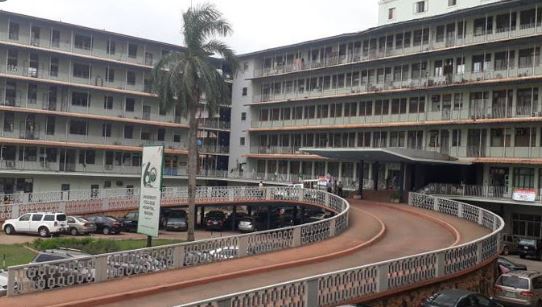 BY the latest word on the N118million Covid-19 assistance the Oyo State government recently said it rendered the University College Hospital (UCH), Ibadan, you never know whether the institution’s authorities have adopted tactful avoidance of controversy or the truth of the transactions is now ascertained.

State Finance Commissioner Akinola Ojo late last month announced that the government had so far spent N2.7billion to tackle the pandemic, out of which N118million was spent in support of UCH. The tertiary giant swiftly denied that claim, saying it had received no monetary grant but only 250 pieces of personal protective equipment (PPE) from the state government. “All services rendered to Oyo State by UCH have been strictly humanitarian and no financial benefits have accrued to the hospital,” spokesperson Toye Akinrinlola stated. He hinted that the government might have confused the College of Medicine, University of Ibadan with UCH.

On the heels of those concerted denials, however, the state government insisted it supported UCH with N118million over Covid-19. A government statement cited the finance commissioner saying the money was spent on meeting varied needs of the Department of Virology, College of Medicine and the UCH, between which government saw no distinction. According to him, the government procured medical supplies to the tune of N25million for the hospital, added to money spent in direct support to the Department of Virology in procuring medical equipment and consumables, wet leasing of Covid-19 testing machine and payment of departmental staff allowances, all adding up to N118million.

Asked last week for confirmation of the transactions, Prof. Olapade-Olaopa, dismissed need to engage the issue further. Speaking on a radio programme in Ibadan, he said: “There is no more explanation to give because officials of the state government said they gave the money and materials to some people at the Department of Virology, and those concerned did not deny receiving such…There would have been a problem if those fingered as the receivers had denied. Now, I don’t think there is any more issue to be discussed on this.”

But, read between the lines: the provost’s response was too evasive to be a confirmation of transactions that purportedly transpired under his superintendency of the College of Medicine. In other words, even if the state government made those transactions as outlined, they were so untidily made that authorities of beneficiary institutions couldn’t even own the transactions. That was most untidy.