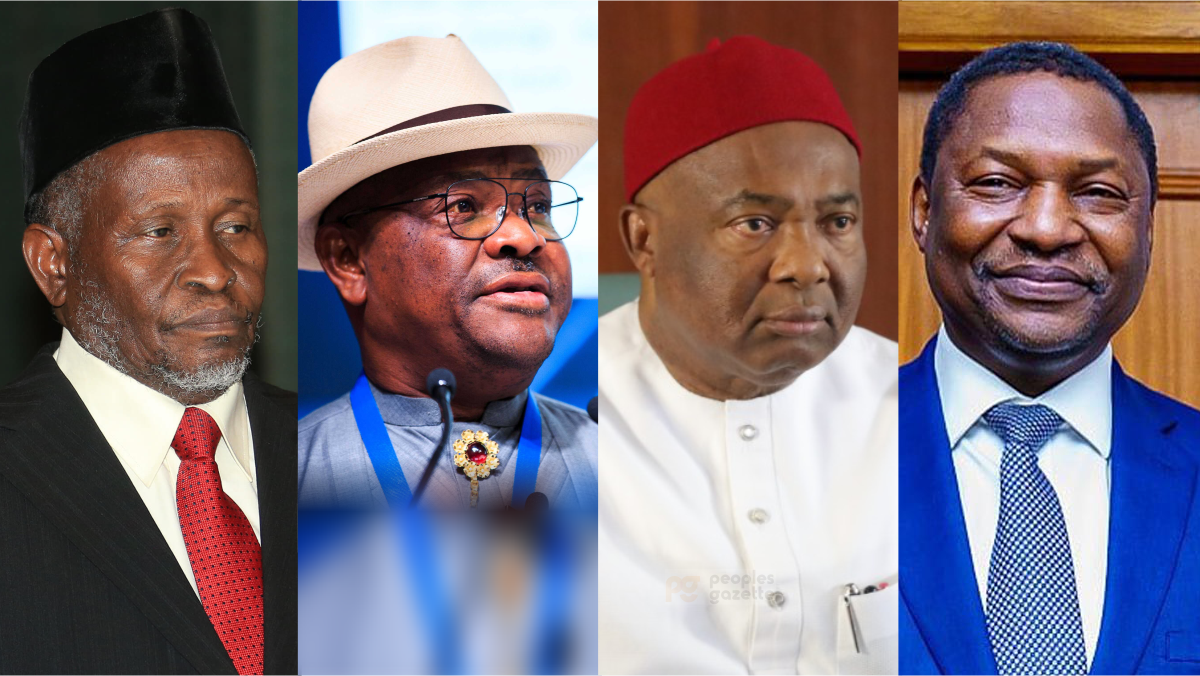 The Supreme Court has granted an order of injunction restraining the federal government  from ceding 17 disputed oil wells located at Akri and Mbede in Rivers to Imo.

The apex court granted the order on Wednesday in Abuja while ruling in chamber on an ex parte motion argued by Emmanuel Ukala, SAN.

Mr Ukala prayed the court to stop the alleged implementation of the ceding of the 17 oil wells to Imo pending the determination of the suit filed by Rivers  government.

In its ruling, the apex court restrained the Attorney-General of the Federation (AGF) Abubakar Malami and the Attorney -General of Imo from taking any further action on the ownership of the disputed 17 oil wells.

The court ruled that the defendants were not to take any action  until the ownership dispute was resolved.

The apex court also stopped the Revenue Mobilisation Allocation and the Fiscal Commission, (RMAFC), and the office of the Accountant General of the Federation from approving, implementing, or giving effect  to a letter with reference number RMC/O&G/47/1/264 of July 1.

The letter is said to have cancelled the equal sharing of proceeds from the 17 oil wells by Rivers and Imo.

The court fixed September 21 to hear the substantive matter.

The Rivers government dragged the AGF and the Attorney-General of Imo to the Supreme Court over disagreement on boundaries.

The plaintiff prayed for declaration that the boundary between it and Imo, as delineated on the Nigeria administrative map and other maps bearing similar delineations, were inaccurate.

It held that the maps did not represent the legitimate and lawful boundaries between the two states.

The plaintiff also sought a declaration that as far as Nigeria’s administrative map and other maps bearing similar delineations, relate to the boundaries between Rivers and Imo, the said maps were unlawful and void.

It held that the maps could not be relied on to determine the extent of the territorial governmental jurisdiction of Rivers and to determine the revenue accruing to Rivers from the federation account.

It further prayed the Supreme Court to declare that the correct instrument, maps and documents, to be relied on in determining the boundary between Rivers and Imo were those used by the plaintiff in delineating the boundary line between the two states.

The plaintiff also sought a declaration that all the oil wells within Akri and Mbede communities were wrongly attributed to Imo  and that they were all oil wells within the territory of Rivers.

“They form part of Rivers and it is only Rivers that is entitled to receive the full allocation of the distributable revenue from the oil wells on the basis of the 13 per cent derivation as contained under Section 162 of the 1999 Constitution,” the Rivers government argued.

The state asked for an order of mandatory injunction directing the AGF to calculate, to its satisfaction, and refund to it all revenue that had been wrongly attributed to or paid to Imo on account of the limit or extent of their territories.

This, it said, should include earnings due to it from revenue derived from Akri and Mbede oil wells.

It asked for an order of mandatory injunction directing the AGF to produce the administrative map bearing the correct boundary between Rivers and Imo.

The plaintiff also asked that the sum of N500 million be awarded  as cost of prosecuting the case.