Home » News » State Govts Are Running Away From Responsibilities: Minister

State Govts Are Running Away From Responsibilities: Minister 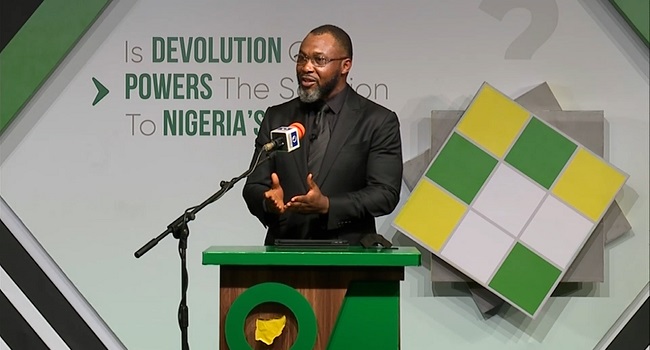 Former Minister of Aviation, Osita Chidoka has expressed that Nigerian governors are shying away from responsibilities.

He expressed that governors have not fully utilized the powers allotted to them.

Chidoka stated this on Saturday at The Platform, a programme organized by The Covenant Nation.

“The powers of our states are guaranteed. So, the states have no business going to Abuja except to collect their allocations,” he explained.

The former minister stated that he is not against restructuring, however, he wants proponents to be clear on what should be restructured.

“Tell me what you (restructuring proponents) want removed from the exclusive list and brought to the concurrent list,” Chidoka asked.