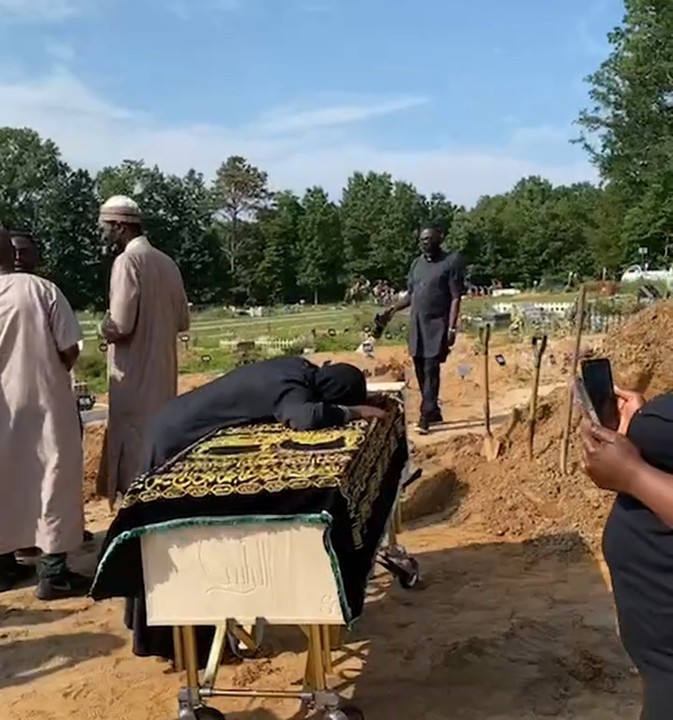 Tears and emotion ran out on Sunday at the funeral of rapper Sound Sultan who died at the age of 44 after battling Angioimmunoblastic T-Cell Lymphoma.

CityNews Nigeria reports that the rapper born Olanrewaju Fasasi was buried immediately according to Islamic rites.

In a video posted on Instagram by musician Lamboginny, Sound Sultan’s wife Farida Fasasi is seen repeatedly saying “I don’t want to bury him” when it was time to pay her last respect to her husband.

Farida could not bring herself to perform the dust to dust ritual. She was later helped up for the burial to continue.

Sound Sultan had three children with Farida an Igbo lady who used to be known as Chichi Morah.

Farida changed her name and religion after tying the knot with Sound Sultan, a Muslim, in 2009.

At one time, Sound Sultan denied forcing his wife to change her religion. “No one can change or force someone to change his or her religion. It just happened that she was married to me and she herself is in love with the religion,” he said.