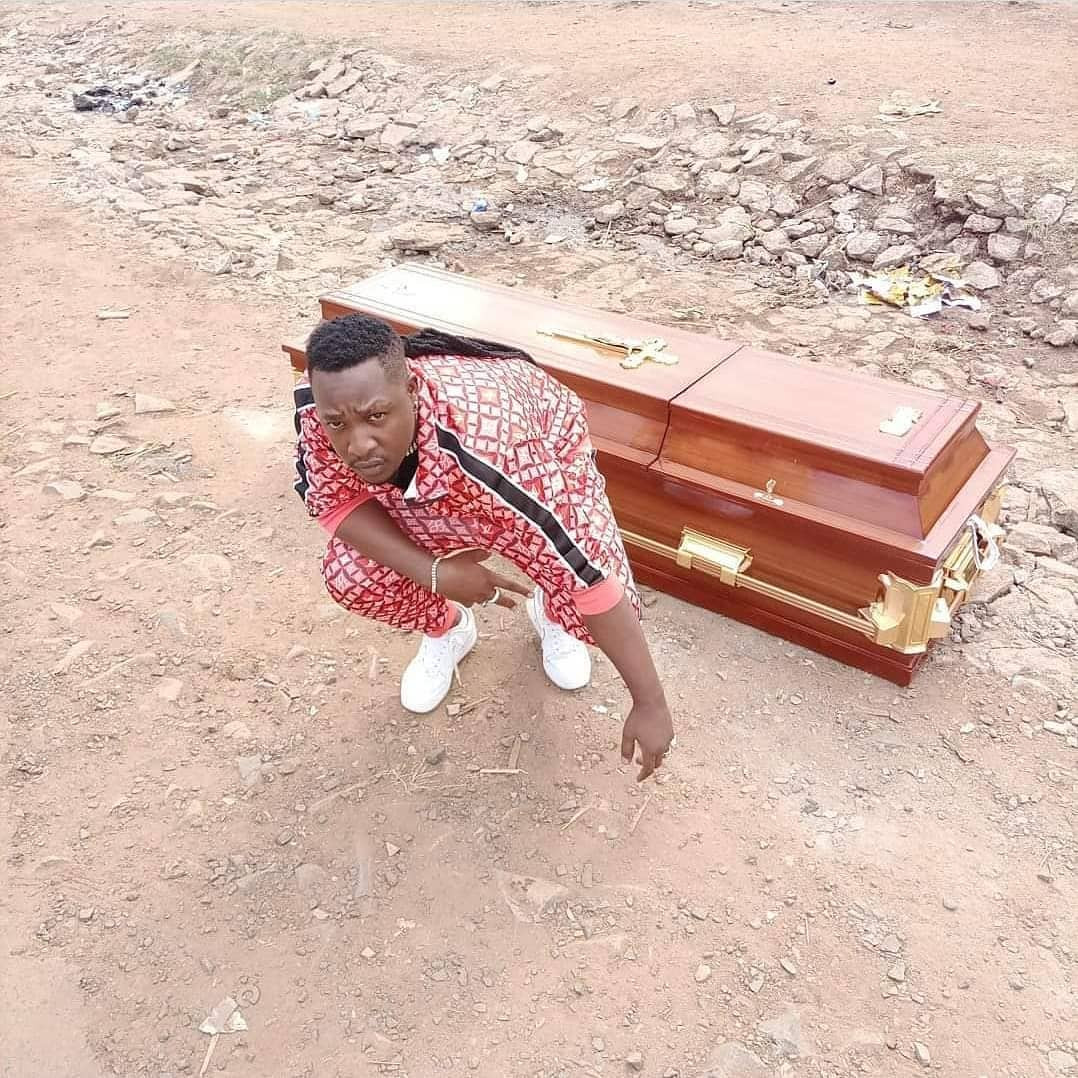 The artiste shocked his fans after he purchased a coffin in anticipation of his funeral.

Taking to his Instagram page on Saturday, March 27,  the flamboyant rap artiste shared a photo of himself posing with the casket and said that he didn’t want his fans to struggle with funeral expenses.

“Bought myself a coffin, just in case nikufe msisumbuliwe na till number,” he wrote.

His fans reacted to the post with a section of them saying that he should mind his utterances as words are powerful while others noted that the coffin is cheap.