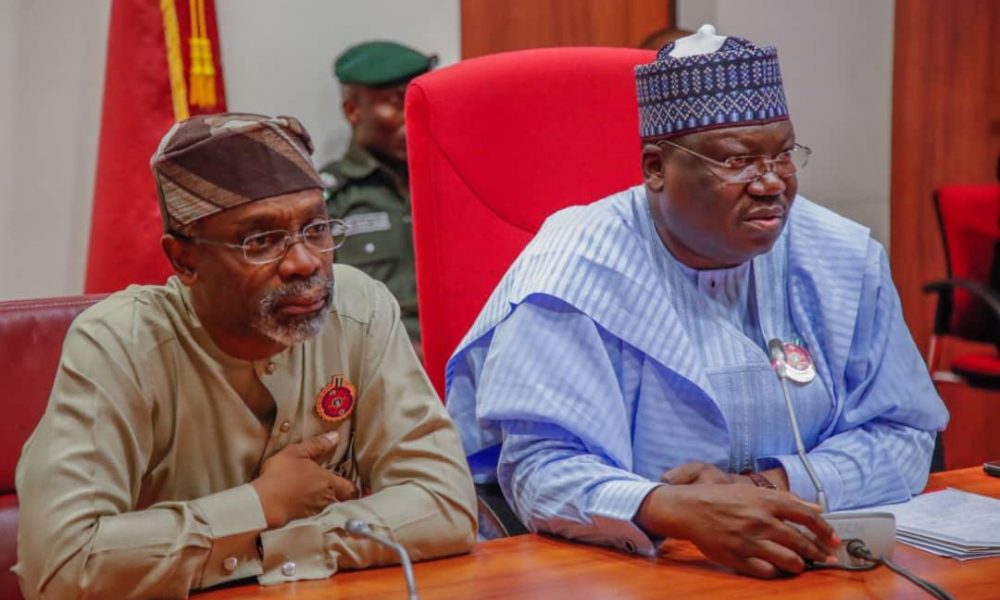 The Socio-Economic Rights and Accountability Project has taken legal action against leaders of the national assembly over the alleged missing fund budgeted for the assemly.

SERAP in a statement made available to newsmen on Sunday, March 21 challenged President of the Nigeria senate Dr Ahmad Lawan and Speaker of House of Representatives, Femi Gbajabiamila to court for refusing to probe or report the alleged missing money to the appropriate anti-corruption agency.

Naija News understands that the lawsuit against the national assembly leaders followed the publication of annual audited reports for 2015, 2017 and 2018 in which the Auditor-General of the Federation raised “concerns about alleged diversion and misappropriation of public funds, sought the recovery of any missing funds, and asked that the evidence of recovery should be forwarded to his office.”

SERAP, however, challenged Lawan and Gbajabiamila for failing to refer the alleged N4.4bn missing, misappropriated, diverted or stolen fund to the concerned anti-graft agency.

In the suit with case number FHC/ABJ/CS/366/2021 dated Friday, March 19 at the Federal High Court in Abuja, SERAP is seeking, “an order of mandamus directing and compelling Dr Lawan, Mr Gbajabiamila and the National Assembly to perform their constitutional oversight functions to ensure prompt and transparent investigation into the allegations that N4.4 billion budgeted for the National Assembly may be missing and unaccounted for.”

SERAP argued that “By the combined reading of the provisions of the Nigerian Constitution of 1999 [as amended], the International Covenant on Economic, Social and Cultural Rights, and the UN Convention against Corruption, which Nigeria has ratified, the National Assembly has legal duties to combat corruption, and promote transparency and accountability in the management of public resources.

“Transparency and accountability in the management of public resources and wealth are essential for promoting development, people’s welfare and well-being, and their access to basic public services, as well as good governance and the rule of law.

“The National Assembly has legal responsibility to ensure that the serious allegations of corruption and mismanagement documented by the Office of the Auditor-General of the Federation are promptly, independently, thoroughly, and transparently investigated, and to end the culture of impunity that is fuelling these allegations.

“The failure of the National Assembly to promptly and thoroughly investigate, and to refer to appropriate anti-corruption agencies the allegations documented in the annual audited reports for 2015, 2017, and 2018 is a fundamental breach of the oversight and public interest duties imposed on the legislative body by sections 4, 88 and 89 of the Nigerian Constitution.”

In another news earlier, Operatives of the Independent Corrupt Practices and Other Related Offences Commission (ICPC) arrested the former Registrar of the Joint Admission and Matriculation Board (JAMB), Professor Dibu Ojerinde.

The former JAMB CEO was arrested on Monday, March 15, 2021, in Abuja, has been detained at the headquarters of the commission in Abuja, Naija News reports.