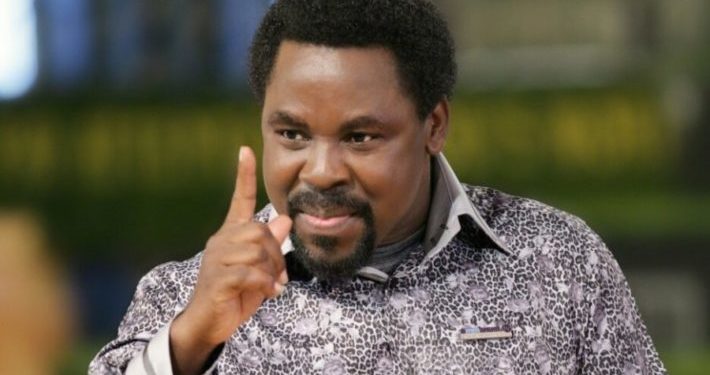 The Nation reports that the Senate on Tuesday observed a minute silence in honour of the founder of the Synagogue Church of All Nations (SCOAN), late Pastor Temitope Balogun Joshua.

Joshua passed on Saturday night at the age of 57.

The resolution of the Senate followed a point of order moved by Senator Ajayi Boroffice in which he intimated his colleagues of the passage of the popular man of God.

Boroffice, while citing order 43 of the Senate Standing Rules, lamented the death of Pastor Joshua.

He described him as a passionate leader who contributed immensely to the development of Ondo State in particular and Nigeria in general.

He called on the Senate to send a delegation to condole with the Ondo State Government and the family of the deceased over the irreparable loss as well as on the Federal Government to name a befitting monument to immortalise the late Pastor.

“Pastor T.B. Joshua was an illustrious son of Ondo State who contributed his quota to the development of the state.

“He contributed to the advancement of sports, education, health and other social amenities in the state,” Boroffice said.