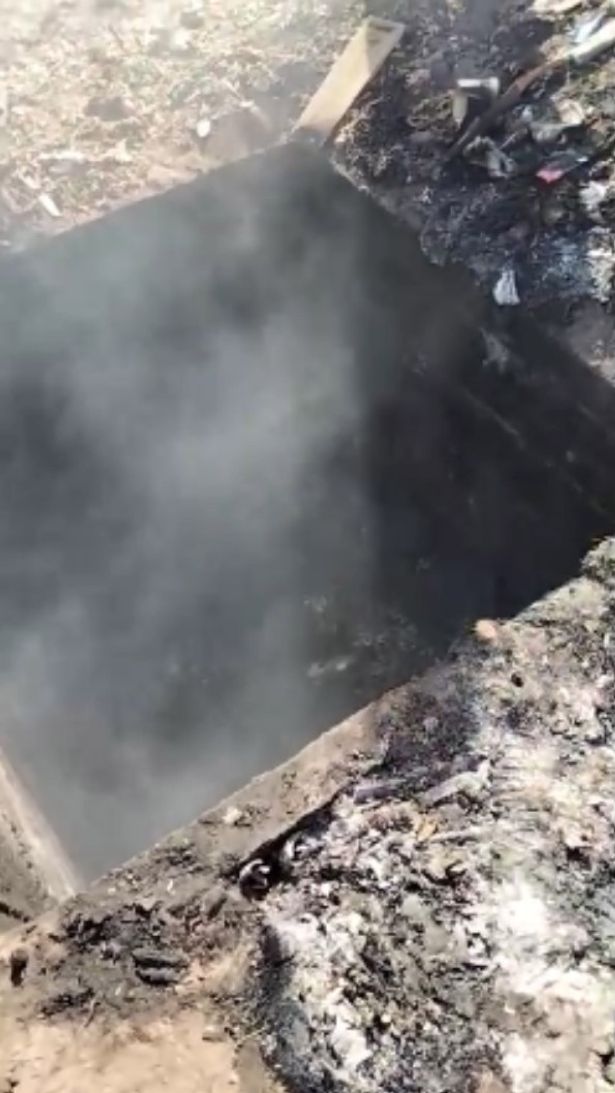 In what will come across as a really terrifying development, a group of women made a grim discovery of a makeshift crematorium pit, allegedly littered with charred human bones, bloodied shirts and burned hair.

The 200-strong group of mums found the smouldering pit while they were looking for their missing friends and relatives in the north-western Mexican state of Sonora on Wednesday, April 21.

In the footage, livestreamed to their group’s official Facebook page – Madres Buscadoras, they approach a burning pit behind a rubbish dump.

One woman is heard saying: “This is the grave where they burn the bodies and it’s still burning.”

Some say the air is filled with smell of burning fat.

The “crematorium” appears to be large enough to fit several bodies and reportedly reeked of burning human flesh while clumps of burned hair blew in the wind and human bones littered the area.

The group reported to the police and firefighters, who later arrived with tools to investigate.

Upon closer look, one man picks up some ashes and an apparent human bone with a shovel.

They also find a pile of clothes not far from the pit, of which some of them are tainted with blood.

Cecilia Flores Armenta, the founder of Madres Buscadoras de Sonora, told local media outlet El Imparcial: “I have never seen anything like this. I felt faint and distressed at the sight of the burning bodies.”

The police searched the area and found a charred spinal column 800 metres (2,624 ft) from the grave among several burned limbs and blood-stained T-shirts.

The Attorney General’s Office has started an investigation into identifying the estimated 30 bodies that were burned in the pit.

Alejandro Encinas, the Mexican Federal Undersecretary for Human Rights, reported that an estimated 85,006 people have disappeared in Mexico since 2006 with Sonora being one of the states with the highest number of disappearances.

He added that the use of makeshift crematoriums by criminal organisations has risen dramatically in recent years with a 33% rise in 2020 alone.

Encinas believes that the increase is a result of “both the increasing number of confrontations between criminal organisations and the intensification of search efforts by authorities”.