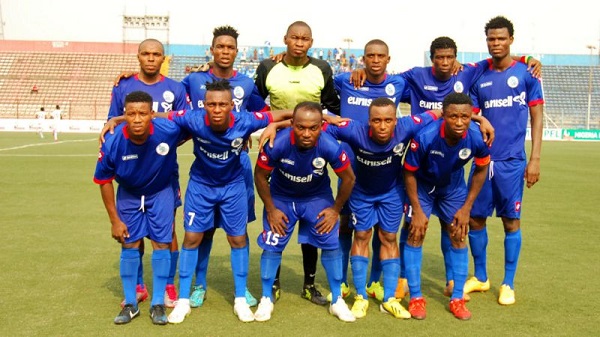 Rivers United will face Heartland today in the Round of 16 of Aiteo Cup without three of their regular players.

Striker Malachi Ohahume, Ifeanyi Anaemena and Theophilus Afelokhai did not make the trip to Aba as they are yet to fully recover from their recent injuries.

The Pride of Rivers are trying to qualify for the quarter final at the expense of troubled Naze Millionaires after they beat Sokoto United in the last round.

Meanwhile, Lobi Stars head coach, Kabiru Dogo has disclosed that they are aware of the threat Bayelsa United poses and are not deceived by their status as a lower league side ahead of today’s Aiteo Cup Round of 16 fixture in Owerri.

Dogo recalled that both teams met during a preseason tournament in Port Harcourt last year and they lost 2-0 to the Restoration Boys.

“Bayelsa United are never a pushover because they are a top side. We have played against them before the start of the season and we were beaten 2-0,” Dogo declared. “We know what to expect from them and we will be ready for them. We are going to expect a tough game.”