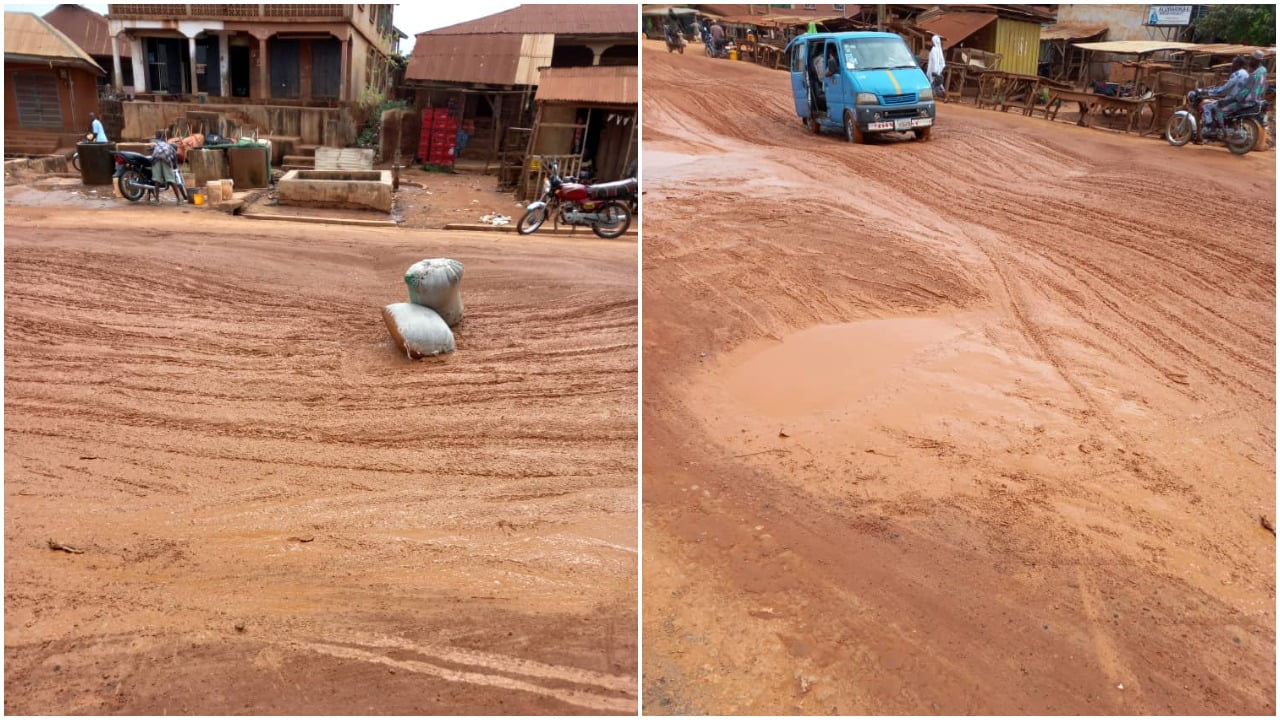 Residents of Ilobu, Ifon-Osun and Erin-Osun towns in Irepodun and Orolu Local Government Councils of Osun and motorists plying the Osogbo-Ogbomoso road, have cried out to the Federal Government to expedite action and rehabilitate the abandoned road.

Speaking with DAILY POST Tuesday, residents of the towns and commuters, expressed fears over the state of the road as Eid-l-Kabir festival approaches.

Making their demands known, the motorists who were specific about the entry and exit points of the Erinle bridge and Olobu market area up to Ifon-Osun, described them as death traps adding that accidents usually occur there on a daily basis.

While calling on the federal government to mobilise the contractor handling the road project back to the site, one of the residents, Wasiu Babalola, disclosed that atimes, motorists spend up to 30 minutes on the bridge due to poor state of the road.

A transporter, Jelili Olawale revealed that commuters plying the road apart from spending much time also spend hugely on spare parts as a result of poor road network.

“We spend too much time on the road and also spend huge amount on spare parts every week as a result of this bad road. Look at puddles everywhere. When work started, we thought they would complete it but they have abandoned it for long time. Even the portion of the road they rehabilitated is beginning to get bad again. We urge President Muhammadu Buhari and Governor Gboyega Oyetola to help us out. The suffering here is too much.”

When contacted, the Public Relations Officer of Ilobu-Asake Development Union, Kazeem Alabi, explained that the road from the Erinle bridge to Ifon-Osun has been so bad.

Alabi also called on the contractor handling the bridge project to complete the levelling up of the other side to allow partial movement during the Eid period in order to ease movement on the around the area.

Meanwhile, the Osun State Commissioner for Works and Transport, Remi Omowaiye when contacted, said the state government had concluded plans to take over the road project from the Lameco junction, Osogbo to Ifon-Osun.

Omowaiye said the contract work which has started since 2013 is taking too much time and the state government will get the road done as soon as possible.