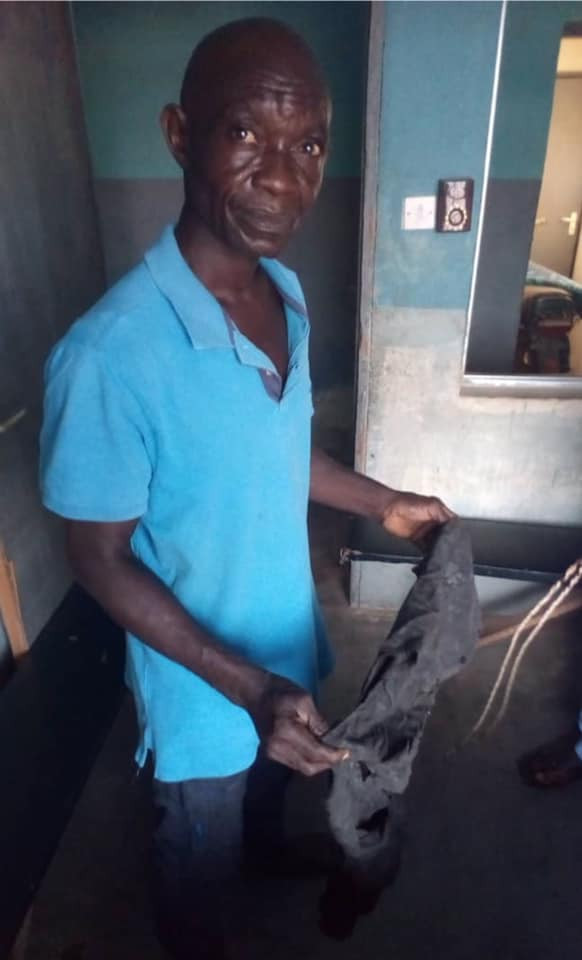 The suspect, Jerimiah Oyedoki of Ileloja compound, was allegedly caught in the act by the victim’s parents.

A 60-year-old man has been arrested by the Nigeria Security and Civil Defence Corps (NSCDC), Kwara State Command.

The man was nabbed for allegedly r*ping a 9-year-old girl in Kiama Local Government Area of the state.

The suspect, Jerimiah Oyedoki of Ileloja compound, was allegedly caught in the act by the victim’s parents.

Spokesperson of the command, Babawale Afolabi, who disclosed this in a statement on Saturday, May 29, in Ilorin, said that the case was reported at its Divisional Headquarters, Kiama.

“On Friday, May 28, around 5:30 p.m., Jerimiah Oyedokun of Ileloja compound, Kiama, was caught in the act by the parents of the nine-year-old, of the same area,” Afolabi stated.

“The suspect enticed the victim by giving her N50. He has confessed to the crime, while the minor has been taken to the General Hospital, Kiama, for proper medical attention. The case is now at the state headquarters for further prosecution and the suspect will be charged to court after investigation,” Afolabi added.