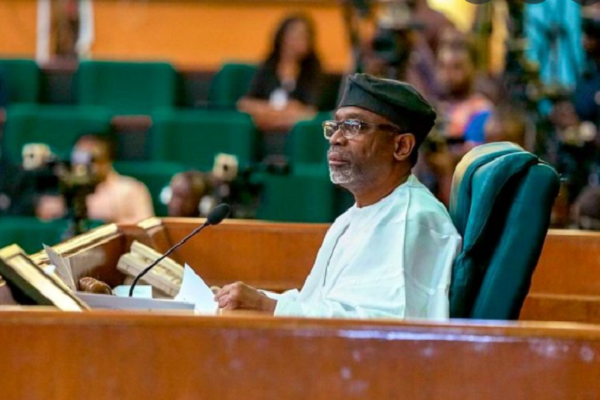 The House of Representatives on Friday passed the contentious Electoral Act amendment bill amidst protests by Peoples Democratic Party (PDP) lawmakers who staged a walk-out.

The Reps ceded the power to decide the mode of transmitting election result to the Independent National Electoral Commission (INEC).

The House had stopped consideration of the report of its Committee on Electoral Matters on Thursday following disagreement among members, which almost led to a free- for- all inside the Chamber.

Members agitating for electronic transmission of results were disappointed chairman of the Committee of the Whole and Deputy Speaker, Idris Wase, ruled against them following a motion for an amendment moved by Deputy Minority Leader, Hon Toby Okechukwu.

Speaker Femi Gbajabiamila had announced Executive Vice chairman of the Nigeria Communication Commission and chairman of the Independent National Electoral Commission (INEC) would be invited to brief the House on implications of allowing electronic transmission of election results.

However, when the House resumed plenary on Friday to continue with the consideration, the Speaker announced only officials of the NCC were present to address members.

He explained INEC were left out since they are umpires and would not want to take side in the process.

Gbajabimaila, who told members consideration of the report, will begin from the controversial clause 52, appealed to them to allow consideration of other clauses first before coming back to the clause 52 since it was the only contentious clause in the bill.

However, after the consideration, Minority Leader, Hon Ndidi Elumelu, rose to address the House, drawing attention of presiding officer to the fact that consideration of the report was stalled at clause 52 on Thursday.

He argued it would be out of place to ask for a rescission of an earlier decision on clause 52 since no decision has been made.

He said: “What happened yesterday was that the Deputy Minority Leader moved an amendment to clause 52 (2), which was rejected before the Speaker’s intervention. We were still on that amendment which we could not agree on.

“So, asking for rescission of clause 52 before we can move forward is out of place”.

At that stage, Elumelu began to walk out of the Chamber, followed by his deputy and some other members of the PDP and Minority caucus.

But some others remained behind in the Chamber to conclude the consideration.

Immediately they left the Chambers, the Deputy Speaker put the question, and members responded with an overwhelming carried.

Addressing his colleagues at the end of the exercise, Gbajabiamila said the House was not against electronic transmission of results but interested in ensuring votes are protected.

“We all want electronic transmission of result, but based on the information from experts, it is not as easy as it sounds. We must get our electoral process right and when the right is right, we can come back and amend the law. We don’t want to disenfranchise anybody.