PDP Having A Laugh – Garba Shehu 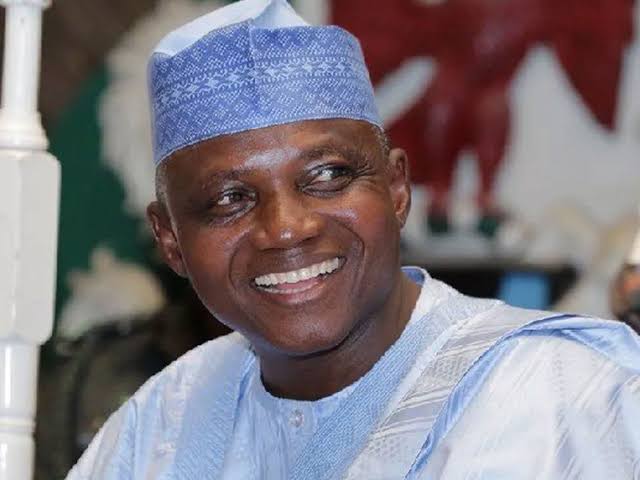 Garba Shehu, the Senior Special Adviser on Media and Publicity, to President Muhammadu Buhari, has told members of the People’s Democratic Party to stop daydreaming about the nation’s number one office.

He disclosed this in an interview session with some selected journalists at President Buhari’s residence in Daura, Katsina State, shortly after returning from the Eid-el-Kabir prayer.

According to him, President Muhammadu Buhari has a formidable front politically and cannot be wished away by anyone in the country.

While examining the mammoth crowd that turned out to catch a glimpse of President Buhari and the warm reception accorded him in the state, Shehu Garba said it is a sign for the opposition particularly to know that President Buhari matters a lot to Nigerians.

“Wherever we have gone, you see people lining the street shouting ‘sai Buhari, sai Buhari’. That tells you that the President is very well entrenched politically and he is such a strong factor in the politics of this country and nobody can wish him away using tweets.

“I think that it is in the interest of oppositions particularly in the country to admit that the president matters a lot to the people of this country and that the unshakable support he enjoys, not only in Daura but across the country cannot be wished away whether you are using digital media or you are using propaganda.

“So, we see that PDP is nursing false hope of taking power in 2023. The masses will never abandon President Buhari’s leadership and I am sure they are waiting for him to show them the way come 2023.

“What he has started to do for the country, what he has been doing in terms of infrastructure, the economy and the well being of young people in this country, nobody will put that at risk by inviting another Party to come and take power in 2023.

He added that the popularity of President Buhari has been increasing unlike that of many leaders that has been shattered by covid19.

“What is even amazing around the world is that the popularity of leaders has been shattered by COVID-19 but the opposite is the case here as President Buhari is increasing in his own popularity,” Garba said.