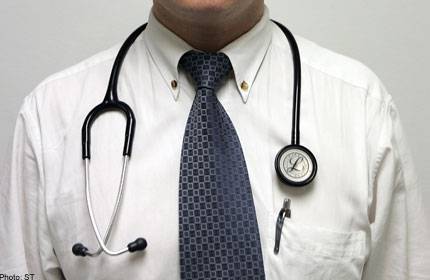 According to a report by SaharaReporters, a member of the Association of Resident Doctors at the University College Hospital, Ibadan, who is one of the 215 doctors that have not been paid in the hospital, has lamented how survival has been taxing for him.

The medical practitioner, who spoke with SaharaReporters on Wednesday said the affected doctors are those not yet captured on the Integrated Payroll and Personnel Information System (IPPIS).

According to him, the doctors are presently being owed five months salaries as they have yet to be paid since January 2021.

He said prior to now, the doctors were paid on the Government Integrated Financial Management Information System platform but it was later changed to the IPPIS.

According to him, when the exercise was conducted in 2019, about 40 doctors were left behind and newly employed doctors were not captured by the IPPIS.

He said these persons, said to be over 215 resident doctors and about 15 consultants have not been captured hence the delay in the payment of their salaries.

This, he said, has made survival taxing for the affected doctors who cannot take up any other job with their primary responsibility of providing health care.

He stated that the ARD of the UCH has embarked on a strike action since May 1 to express their displeasure over the matter.

The doctor, however, blamed the management of the hospital, which he claimed, has handled the matter with negligence despite the suffering of over one-third of the staff members.

He said, “We want them to simply move all doctors to IPPIS. They should pay the five months salary arrears we are being owed. We have families, we are not ghost workers

“It has not been easy, there are bills to pay, school fees and all. Five months is not a joke. Everything is hard, considering present-day Nigeria’s economy; children’s school fees, family bills, house rent and every other thing.

”Currently, we are on strike and we have embarked on the strike action since May 1st. Over 215 doctors on GIFMIS in UCH and we have yet to be paid January to May salaries and this is because we have not been migrated to the IPPIS platform.

“In UCH, some doctors resumed in 2019, the IPPIS came and captured some people while some people were not captured, about 40. They recruited some people in 2020 again, so there were more doctors and since 2019, IPPIS has not come for capturing which we believe might be political. The management keeps saying they have called IPPIS and so on.

”The centre already has serious issues with the IPPIS people, and that area looks very grey to us. We learnt that IPPIS officials have been going from one centre to another, lots of centres for capturing of staff members, we wonder why coming to UCH is very difficult.

“It seems the management has committed some blunders with employment and over-bloated list sent to IPPIS initially of which IPPIS found out and got them angry at the centre.

“And the management always shies away from shedding more light on that corner. That’s our own opinion though. We are really suffering here.

“At first, IPPIS promised to come and do verification of staff members before capturing but it seems managements are not on their toes to facilitate that.

”The CMD didn’t discuss the root of the problem which was a failure to capture members on the IPPIS platform promptly. He is not concerned about our plights. I wonder how he is sleeping considering that about 1/3rd of his doctors were owe salary.

“I started a residency at UCH in 2019, imagine, a friend of mine who resumed at Federal Medical Centre, Abeokuta in March 2021, has already been registered on IPPIS, receiving his salary steadily.

“As of Tuesday, some other health workers joined the strike action, NUAHP part of JOHESU.”

Otegbayo said the doctors had refused to call off the indefinite strike despite management’s plea and the intervention of stakeholders.

The doctor, who spoke with SaharaReporters described this as a discouraging remark which showed that there is no solution in sight to the plights of the doctors.