Home » News » Once upon a time in Singapore 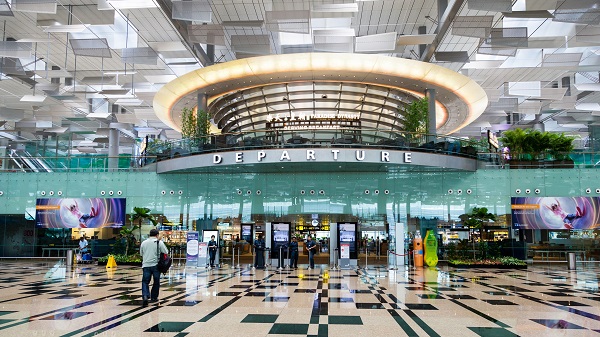 In Singapore, life is good. You begin to have this feeling right from the airport.

The walls glittered. The roofs shone. The floors were sparkling. The toilet was so clean that one could eat a sumptuous meal there. I did not hesitate to rate it excellent on an electronic rating board hung on its wall. Synthetic flowers added a green touch to the immigration hall. Special motorised ‘brooms’ ensured the roads were always dirt-free. It was razzmatazz everywhere.

Right from the Changi International Airport, Singapore began to amaze me. So beautiful was the airport that I could not but keep looking while the immigration officials kept those of us with green passports on one side to issue to us, what I believe, is the real visa to enter the sparkling domain called Singapore. The one we got from Lagos expired at the airport and we were actually told it was henceforth useless.

Singapore is cool. I saw no crazy sides in this great city-state. I saw organisation. I saw good management. I saw great hotels with walls and floors glittering so well that you wonder if they ever get dirty. I saw a small country made up of 63 islands, which shows resilience. I saw vision by this country, which is separated from Malaysia by the Straits of Johor to its north and from Indonesia’s Riau Island to its south. I perceived deliberate efforts to have a corruption-free land.

Described as the best entertainment centre in Asia, the magnificent Marina Sands Bay hotel, with three towers, a penthouse built like a boat, is breath-taking. Adjacent it is the multipurpose centre, with a similar name. There is a connecting bridge between the centre and the hotel towers. The connecting bridge also serves as some form of lobby of relaxation point.

Not far from the Marina Sand Bay Hotel lies a stadium, where Singapore hosted the Junior Olympics in 2010. The stadium has a floating football field. I was happy that names of Nigerians such as Bukola Abogunloko, Muideen Akanji and Rachael Ekoshoria are engraved in a hall of fame alongside other young Olympiads from across the world.

Walking the streets of Singapore, I saw deliberate efforts to make the street clean and green. Here cars are recycled or destroyed after 10 years of use. I saw a pedestrian bridge in Marina, which has shops by its side. I also saw small girls, old men and women smoking their lives away, in designated smoking areas. You dare not smoke in smoke free areas. I saw young girls who love to flaunt their legs, wearing micro-mini skirts, but took efforts to ensure their boobs were well-covered. Not even cleavages were on display.

Singapore, for me, is planned to be enjoyed by the rich who have made enough money and are looking for where and how to spend it. Singapore has succeeded in selling itself as a tourist playground where you can see the best. I was told annually it receives more visitors than its population. Almost every hotel has a mall, where designer wears, wristwatches and the good things of life are sold at cut-throat prices. Everywhere you turn, there is a mall. Even the Suntec Convention and Exhibition Centre has a mall attached to it, where you can shop till your credit cards reach their limit.

In Singapore, land is scarce, so, storey-buildings are everywhere. Skyscrapers upon skyscrapers occupy the landscape. Land is being reclaimed. Car parks are usually in-built, such that one may wonder if no space is left for parking before discovering that basements and ground floors serve as parking lots. Many of them, even the ones in hotels, are pay-as-you-park garages.

I saw only one church known as The Quite Place St Andrew’s Cathedral throughout my walk around. The bulk of the population practice Buddhism. Many others have no religion. Christians take the second slot.

Singapore, like New York, encourages you to walk. The streets are largely crime free; sense of fear is almost zero. But there are scary incidents once in a while. For example, on the day I got there, a Chinese hijacked a taxi and ran into a Malaysian who had lived the better part of his life in Singapore, with his family, and worked as a cleaner. The victim died hours later, leaving behind a young family.

Newspapers are sold in stores. The country has one major English newspaper known as The Straits Times, well-printed in broadsheet format, which in terms of content I felt was empty.

The roads of Singapore are not difficult to navigate, as there are no traffic gridlocks. It is a city-state of a little over five million people. Its orderly grid, which sees streets running from east to west, avenues from north to south, makes traffic not cumbersome. There are street lights everywhere and people obey them like Buddhism teachings. It boasts of an underground rail system which further eases the road. Taxi drivers are polite and they charge using metres. No room for cheating or over-charging. The streets are well-marked, with bicycles having a track. Zebra crossings are respected.

Singaporean policemen are not ubiquitous. You need to break the law to know they are watching and patrolling the streets of this marvelous nation, where electricity generating sets are not needed. Electricity supply is a right, not a privilege. Singaporean weather is friendly. It is not freezing. It never went below 25 degree centigrade while I was there. There were light showers too. The sun, throughout my stay, was mild and friendly. No need for a thick sweater or jacket. Maybe light sweater or jacket.

The big global banks such as HSBC and Standard Chartered Bank have their homes in high-rise buildings on Marina Boulevard, which is like the business district. Many of the hotels are around Stanford Road, which is not far from the Suntec, where major international conferences are usually held. I guess it was deliberate to have hotels and conference centres of international standard all within walking distances.

The country has indeed come a long way since it was expelled by Malaysia, with which its leaders formed a federation in the 60s after declaring independence from Britain. Its leaders had joined Malaysia because they did not believe that Singapore can survive on its own, due to scarcity of land, water, markets and natural resources. Now, Malaysians, a Singaporean told me, come to live, work and earn better living in Singapore, whose currency is almost as strong as American dollars.

But, don’t let me leave you with the impression that Singapore is a country where everyone is contented. While it is acknowledged that there is no abject poverty, many see the government as authoritarian. They point at the fact that police permit is required for outdoor public processions or assemblies. The only place in Singapore where outdoor public assemblies can hold legally without police permit is known as the Speakers’ Corner. There, CCTVs adorn every available space and before the place can be used, the organisers must register online with the National Park Board. You can say this is another form of permit.

Anyway, nowhere has thrilled me like the city-state of Singapore, where a shop attendant told me many are afraid of raising babies because it is expensive to parent them.

My final take: When will Nigeria join Singapore in becoming a world leader in oil refining center, have many US dollar millionaire households per capita, be rated by the World Bank as the easiest place in the word to do business. Though Nigeria and Singapore got their independence about the same time, the two countries are poles apart in terms of Human Development Index (HDI), tourist friendliness and many more.