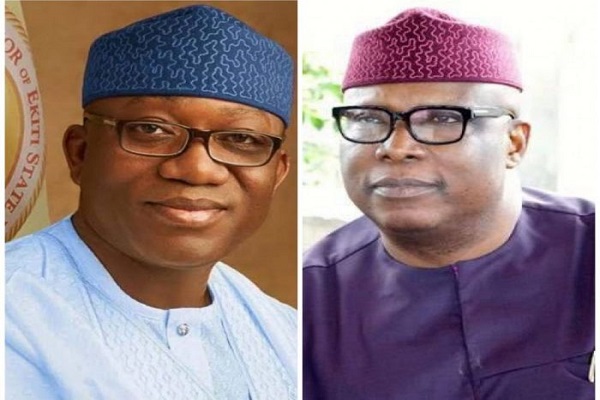 Special Adviser on Political Matters to President Muhammadu Buhari, Senator Babafemi Ojudu, has kicked against the sack of his Ado Ward 8 chairman of the All Progressives Congress (APC) Clement Afolabi.

Ojudu, who described Afolabi’s removal as illegal and unacceptable, said it was an assault on the right to freedom of association as stipulated in the 1999 constitution as amended.

The party in Ado Council Area last week summoned the ward chairman to appear before a disciplinary committee set up to investigate alleged anti-party activities levelled against him.

Afolabi was accused of blackmailing the Governor Kayode Fayemi’s government and declaring himself as coordinator of an unauthorised group within the party.

Speaking with journalists in Ado-Ekiti on Tuesday Ojudu wondered why the party would remove its ward chairman for identifying with the South West Agenda (SWAGA) a group within APC mobilising support for Asiwaju Bola Tinubu.

He said Afolabi has not committed any infraction within the confine of the party’s legal framework, describing the action “as an act of dictatorship in a democracy”.

Ojudu stated efforts are ongoing to file litigation to challenge the removal of the ward chairman, cautioning Fayemi not to allow transient power intoxicate him.

He said: “How could you sanction a party man for identifying with the ambition of a member of his party? This fellow is a member of our party and he chose to go with Tinubu.

“What is wrong with that? What intolerance? This is a dictatorship and not a democracy.

“We shall assist this individual to fight this assault on his right to the highest court in the land. I am shocked that this is happening under the watch of Dr Kayode Fayemi.

“He should realise that though he is in power today he will not be there tomorrow. I am really peeved. You are sacking a guy for identifying with Tinubu?

“It is a shock and I just couldn’t understand while you and our party in the state should go this low”.