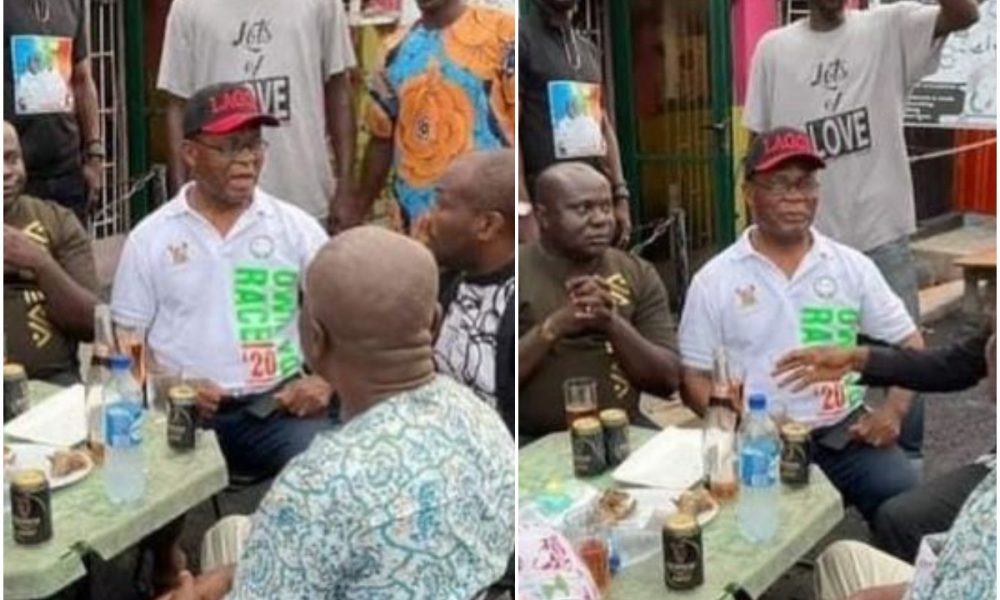 Nigerians have slammed chieftain of the ruling All Progressives Congress (APC), Joe Igbokwe for celebrating Sunday Igboho’s arrest with his boys.

Recall, Igbokwe, who is the Special Adviser to the Lagos State Governor, Babajide Sanwo-Olu on Drainage and Water Resources, said the arrest of Kanu and Igboho shows that “Juju” (charms) does not work.

This comes after Naija News had earlier reported that Sunday Igboho was arrested in Cotonou, Benin Republic.

He was arrested at the Cotonou Cadjehoun Airport on Monday night while attempting to flee to Germany, a top source familiar with the matter revealed.

In the photos shared on social media by Igbere TV captioned; Joe Igbokwe and his boys celebrating after the arrest of Yoruba Nation Agitator, Sunday Igboho’s arrest.

However the photo, showed the APC chieftain and his boys on the streets with drinks. The photo has stirred a lot of social media users who lashed out to the chieftain for such an insensitive display as portray by IgbereTV

@iamqneth wrote; ‘He who celebrates the downfall of others should watch his back

@amafitshapewear wrote; How did you people know the reason behind their celebration?