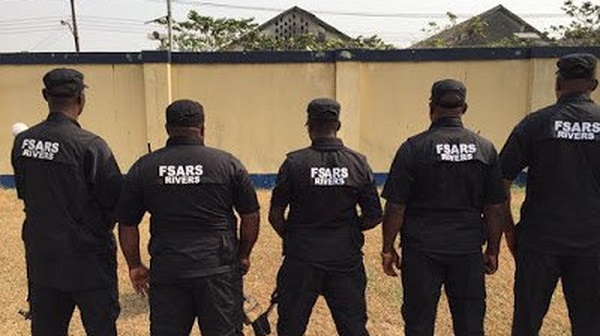 There is something about hindsight that positively reshapes the ugly realities of things experienced in the past. In hindsight, even the devil could look like a misunderstood benevolent angel. That must be why the Yoruba (maybe other tribes too) have a maxim which translates to saying a woman who divorces one husband she considered to be evil and gets another husband would sooner regret the virtues traded off in the old husband. Such is the reformative – you could say distortive – effect of hindsight on perception.

But it gets a bit shocking that even hindsight could whitewash a totally blackened entity barely six months after it was taken down for its blackishness, and while the effects of its evil exploits are yet being reckoned before ad hoc tribunals. That is the import of a recent claim by Acting Police Inspector-General Usman Alkali Baba that the former Special Anti-Robbery Squad (SARS) of the police was such a critical pillar in the fight against insecurity that its disbandment has left a vacuum that partly explains the high rate of criminality across the country.

Speaking last Thursday at the weekly ministerial briefing organised by the Presidential Communications Team at the Presidential Villa in Abuja, Baba said the disbandment of SARS demoralised police personnel and somewhat weakened the hand of the force in fighting insecurity. According to him, regular police operatives have not been able to fill the vacuum created by SARS’ scrapping, but efforts are ongoing to train them for the new role. “With the proscription of SARS and the establishment of SWAT (Special Weapons and Tactics) which has not been able to take off fully, we had a vacuum in tackling most of the violent crimes from a position of strength in terms of having a strike force that is dedicated for that, rather than having our conventional police doing the policing in a conventional way,” the Acting IG said, adding: “So, we try to marshal back this courage of our personnel who have been involved in violent crimes,  lecture them and post them to the anti-robbery sections, for anti-robbery patrols and the investigation of violent related crimes which involved of course robbery, kidnapping, banditry, cultism and so forth.”

But is it a different SARS the police chief was talking about? Because by the time that controversial squad was taken down on 11th October, 2020, it had nearly completely gone off the track of fighting violent crimes, with its operatives preoccupied with intercepting mostly innocent Nigerians for purported traffic offences and suspicions of cyber-crimes among other low-level tasks. In any event, when the squad was disbanded, its operatives weren’t sacked from the police force but reassigned to other duties. Why can’t the skills and discipline inculcated in them for SARS be applied now for policing tasks outside of SARS? This nostalgia for SARS ‘get as e be.’