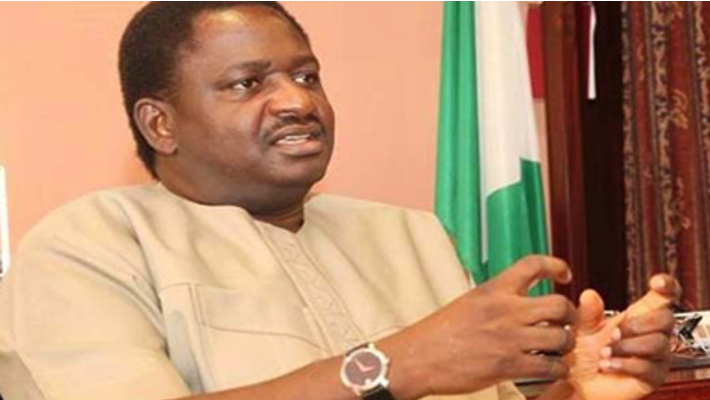 Presidential spokesman Femi Adesina says Nigeria is a “blessed but blighted country” where “love for nation”, “character”, “selflessness”, “transparency” and “commitment” are lacking among citizens.

Mr Adesina, in an article published on his Facebook page  Thursday, lauded Cross River governor Ben Ayade for joining the All Progressives Congress out of love for the country.

However, he said unlike Mr Ayade, many Nigerians do not love the country as they celebrate and rejoice whenever there are killings, kidnappings and economic problems in the country.

“For if there is one thing lacking in our country, it is love for nation,” Mr Adesina said. “Some Nigerians actually rejoice when negative things happen to their own country. They rejoice at iniquity, at evil, and they think somebody is being done in, not knowing that the land is the ultimate loser. They swallow poison, and think it would kill their neighbors.”

He further listed “character, “honour, commitment, selflessness, transparency,” as other virtues lacking among Nigerians, though President Muhammadu Buhari has all the listed virtues.

“Also lacking in our blessed but blighted country are virtues like character, honour, commitment, selflessness, transparency, which President Buhari has a-plenty, and which Gov Ayade has seen, and which brought him into the APC,” Mr Adesina said.