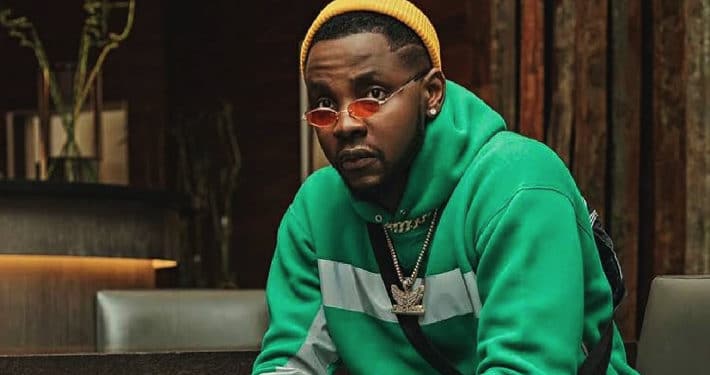 Nigerian singer and songwriter, Oluwatobiloba Daniel Anidugbe popularly known as Kizz Daniel, has been invited by the Lagos State Police Command for questioning.

Naija News learned that the singer was invited for questioning for allegedly confiscating the laundry bus of a company he contracted to do laundry for him.

However, the ”Buga” crooner was said to have seized the bus on grounds that the N14 million worth of clothes he gave the laundering company to clean were damaged.

The owners of the laundry bus had reported the matter to men of the Ilasan police division who immediately invited him for questioning.

The singer’s lawyer contacted the police on Friday and said that he will be available for questioning on Tuesday.

As of the time of filing this report, the laundry bus was said to have been recovered.

Meanwhile, Tems, Omah Lay and Burna Boy are in the Top 200 of Apple Music album worldwide charts. Tems’ album ‘For Broken Ears’ occupies the 112th spot while Omah Lay’s ‘Boy Alone’ sits quite comfortably, at No. 56. Burna Boy’s latest album, ‘Love, Damini’ is currently on No. 10 and that’s really something.

Since the revolution of Afrobeats in Nigeria, various Nigerian artistes have emerged and stepped up, taking the bull by the horn and giving the Nigerian sound another dimension. It’s been a whole new dynamic as Afrobeats has brought a lot of recognition to Nigerian music.

From Afrobeat artistes hitting new milestones to their songs breaking various records, it is a genre of music which is becoming more peculiar to Nigeria, and one can rightly say it is indigenous to Nigeria as a country.

It is quite the achievement, that for the past three years thereabouts, some Afrobeats artistes have made it to former U.S president, Barack Obama’s summer playlist, and international artistes featuring Nigerian singers and vice versa.