Nigeria is full of sadness, bitterness under Buhari – Obasanjo 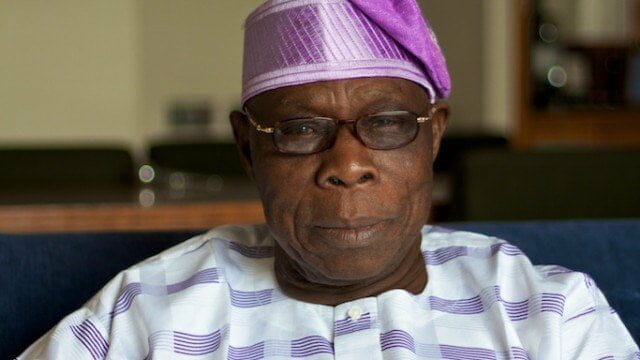 Former Nigeria president, Olusegun Obasanjo, has said Nigeria is full of bitterness and sadness under the President Muhammadu Buhari administration.

Obasanjo stated this on Thursday while receiving a book titled, ‘The Man, The General and The President,’ authored by Femmy Carrena, at the Olusegun Obasanjo Presidential Library in Abeokuta, Ogun State capital.

He noted that even though the country is destined to be a land flowing with milk and honey, bad leadership has made it unachievable.

Obasanjo said, “My prayer is that all of us will have something to contribute to making this country what God has created it to be – a land flowing with milk and honey.

“Right now, it is a land flowing with bitterness and sadness, that is not what God wants this country to be.

“We must change the narrative, we must talk to ourselves in the civilised language.

“There is nowhere you go in this country that you will not see geniuses in any section of the country. So, why should we look down on ourselves?”

Nollywood actress Omoni Oboli has taken to social media to celebrate her late mother with a look-alike photo and revealed how she contributed to her success.

In a post shared on her Instagram page, the mother of three said she chooses to honour her mother daily because of how she belied in her and knew she was meant for greatness.

Omoni Oboli said her mother wasn’t rich, but she taught her everything she knew, especially multiple income streams, and never sitting down folding her hands.

The actress added she carries and honours her memory daily by consistently showing up and taking massive action towards success.

She wrote: Today I chose to celebrate my mother with this picture. If you knew her then…

Omolayo Ojo, the female member of staff of Chimola School in Oba Ile, Ondo State who was abducted after the school bus was hijacked this morning by gunmen has regained her freedom.

Omolayo Ojo was taken away while the driver was dragged out of the bus during the attack around 6:45am.

It was gathered that the gunmen drove the bus to a bush after Ilara Mokin before they asked Ms Ojo to alight and start running.

The bus attendant said the gunmen asked her her name before letting her go.

Sensational singer, Davido’s baby mama, Sophia Momodu has been under fire on social media after she narrated her ordeal at a supermarket in Lagos.

According to the mother of one, the staffs of a supermarket she went to in Lagos to shop for some groceries, invaded her privacy and that of her daughter’s by bringing out their phones to take their photos.

Taking to Instagram to lament bitterly about her encounter, Sophia wrote;

“Can some people please tell me why two of the staffs at Dreams Supermarket just acted like idiots?
1st one out of nowhere just touched me like that and then the other one pulled out her phone and thought it’ll be ok to just randomly start taking pictures of mu child and I. How is…