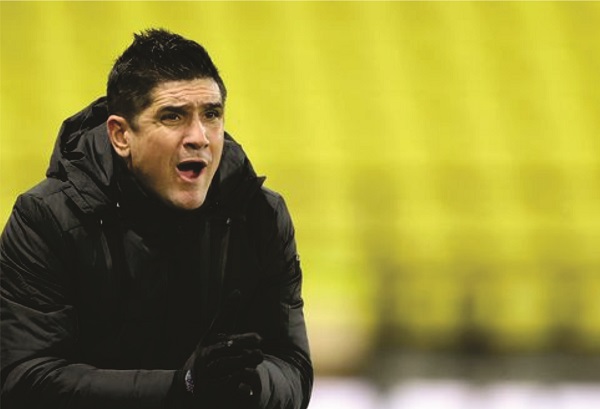 The decision to replace the conservative Vladimir Ivic with the unknown head coach has paid off with promotion.  For Watford to have joined Norwich in bouncing back to the Premier League at the first attempt, given the benefits of parachute payments in this of all years, is anything but surprising. But if their promotion was predictable their path to this point has been unusual, verging on the extraordinary.

This is a team that halfway through the campaign ranked first in the Championship on goals scored at home (22) and last on goals scored away (five). A team that a month earlier, feeling their chances of a successful end to the campaign slipping from their grasp, sacked their manager of four months and just 22 games and identified as his replacement a 40-year-old with rudimentary English whose experience as a head coach amounted to 11 matches in Georgia. And it is, a team that instead of fading after losing their captain and talisman to injury won 10 of their next 11 matches.

It has not been a good season for Troy Deeney, who started it talking about overtaking Luther Blissett as Watford’s all-time record goalscorer and proceeded to score just one goal from open play, a tap-in from two feet against Rotherham, in 14 starts (there were also six penalties). Watford won 46% of their matches before his season-ending injury, compared with 81% of those played since. But to blame him for the team’s struggles is to confuse correlation with causation, given other changes in shape, personnel and attitude that coincided with his injury.

The most obvious change was tactical: having started 26 of their first 28 games with a front two, in Deeney’s absence they switched to a three. In their first match without him they played for the first time with Ismaïla Sarr on the right, Ken Sema on the left and João Pedro in the middle, beat Bristol City 6-0 and haven’t looked back. Will Hughes, surely the best deep-lying midfielder in the Championship, was returning from injury and Francisco Sierralta, who before this season had started only 13 league games since moving to Europe from his native Chile in 2017 and played for just three minutes in Watford’s first 19 Championship fixtures, was emerging from complete obscurity to become one of the division’s outstanding centre-backs.

But the key change was in approach. As the season started there were players the club wanted to keep who were trying to leave, players the club wanted to leave who were trying to stay, and only a handful whose future was settled, a surprising number of whom seemed to be injured. Vladimir Ivic was initially forced to fashion a team from the able-bodied members of the final group, and with an under-strength side he focused on defensive solidity. It was a sensible approach, but when the transfer window closed the uncertainty lifted and Watford were left with one of the strongest squads in the division, the conservatism remained. The football was boring and not terribly successful, and eventually Ivic paid for it.

It is impossible to overstate how important a moment this was in the club’s history. Last Saturday, their promotion confirmed, their chairman and chief executive, Scott Duxbury, admitted “there were moments when it was touch or go whether we thought we could actually continue”, as with empty stadiums “we had to keep a team that was competitive with literally no income”. They had a strong squad, and maintained many of the apparently frivolous luxuries their players were used to from their Premier League days, such as overnight stays in Hertfordshire’s most exclusive hotel before every home game, in the knowledge none of it would be sustainable beyond a single season.

And in that moment, with the margin for error already used up by the unsuccessful gamble on Ivic, they made the breathtakingly brave, or perhaps foolhardy, decision to place the team in the hands of a man who had no knowledge of the players or of the Championship, who spoke little English, who had little managerial experience, and who was leaving his wife, his six-year-old daughter and his two-year-old son in Spain – he has not seen them on anything other than a screen since last December. Xisco Muñoz is a cheerful and instantly likeable character who has transformed both results and atmosphere, but he spoke on Saturday about how hard he found the first few weeks after his appointment and admitted he made many mistakes in this period.

Initial results under the Spaniard were mixed, and at the start of February they were shambolic in defeat at home by QPR and abysmal in drawing their next match at Coventry. Watford were fifth and losing touch with the leaders. “I felt that it wasn’t good enough, from how we played to the general feeling and the attitude of the team,” the defender William Troost-Ekong said. “We were negative and everyone was complaining. We looked like 11 islands instead of a team. I was driving home from the stadium and I called some of the boys.” The following day “we got in a room and had it out”. Of all the good calls that have led Watford to promotion, perhaps the most important were made from Troost-Ekong’s car that afternoon. They have won 13 of 16 games since.

Troost-Ekong and the rest of Watford’s defence have been the foundation of their success. Watford have allowed only 108 shots on target, the fewest outside the Premier League (by way of comparison the average of the Championship’s other top-six sides is 142), and had 22 clean sheets. In more than half of their games their goalkeeper has had to deal with two shots or fewer, and the victory on Saturday was their 11th 1-0 win.

The attack has been less convincing. Deeney was poor and then injured, Isaac Success injured and then poor, and Andre Gray just poor. João Pedro, still only 19, is best when dropping deep and linking play, leaving the attack missing a goalscorer and heavily reliant on the outstanding Sarr. The 22-year-old has started 39 games and finished 36 of those, top-scored from the right wing, been fouled more than any other player in the Championship and, like Emi Buendía at Norwich and Arnaut Danjuma at Bournemouth, is simply a bit too good for the division. So are Watford – but it was uncomfortably close.