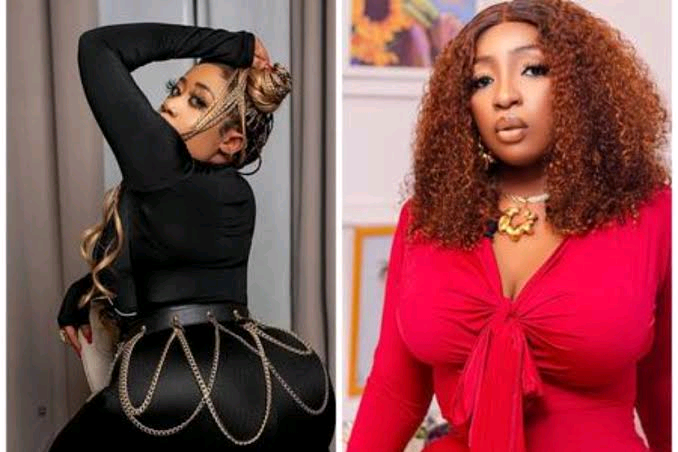 The perceived beef between actresses Moyo Lawal and Anita Joseph has escalated quickly into a full-blown exchange of words.

Information Nigeria recalls the matter started when Joseph called out Lawal for being absent at Uche Ogbodo‘s baby shower only for her to come on Instagram to pretend that she cares.

Moyo Lawal then expressed her confusion about the allegations and proceeded to make a separate post addressing the issue.

She wrote that she is not a social butterfly and that’s why she is mostly absent at parties. She added that even though she doesn’t show up, she always makes sure that she sends money across to the celebrant.

Joseph still did not buy Moyo’s reason for not attending Uche Ogbodo’s baby shower as she also responded with a counter post.

She wrote that Moyo should keep her fake love far away from the photos and videos of the baby shower shared on social media. Joseph went on to berate Moyo for saying that she usually sends money across. According to her, Moyo’s presence is what matters because money is not everything.

Read Also: ‘I’m Not A Billionaire So I Can’t Spend All Day On Social Media’ – Moyo Lawal Slams Troll

Anita further revealed that Moyo had promised her that she was in Lekki and would therefore be present at the baby shower before she added her to the WhatsApp planning group.

She also added that Moyo is lying about not being a social butterfly and a lover of parties because she knows that she attends a lot of parties. She concluded that Moyo only sent chicken change and wants to feel important on top of that.

See their posts below: