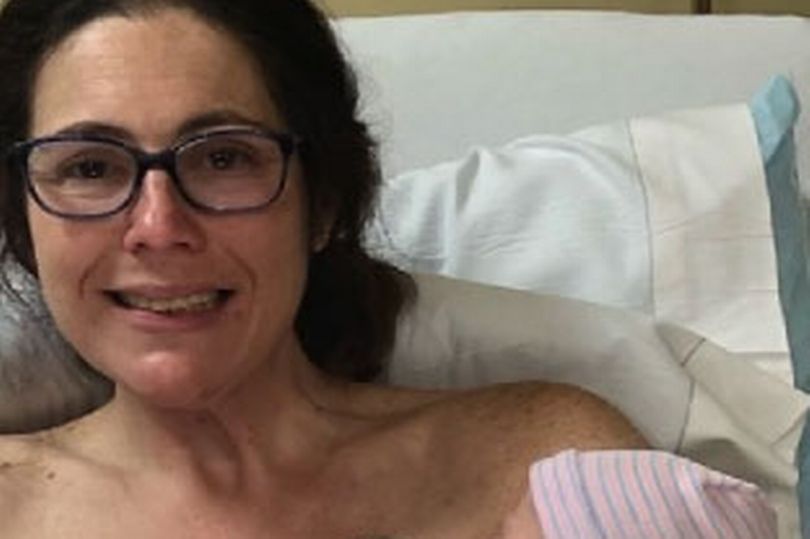 Melissa, 38, gave birth on March 8 after feeling something rush out of her.

The story has been told of Melissa Surgecoff, a Boston woman didn’t even realise she was pregnant until she gave birth on the toilet after believing her contractions were kidney stones.

Melissa Surgecoff, 38, gave birth to a baby boy into her toilet bowl at home after feeling something ‘rush’ out of her.

Melissa’s fiancé Donnie Campbell, 37, had come into the bathroom to check on her after she thought she had ‘lost an organ’ but was tasked with rescuing his surprise newborn son Liam from the toilet bowl.

The new father told Today that he had mistaken his son for a giant poo but then quickly realised it couldn’t be “because it was way too big”.

Mel said: “I look in the toilet and I still didn’t know what it was. And I thought I basically lost an organ because I didn’t know.

“I’m screaming I’m freaking out, I’m in shock. I don’t know what’s going on, and Donnie went to the toilet, and he rescued the baby.”

Donnie cleaned Liam up using the same technique he had seen on television shows and he started to breathe seconds later.

Paramedics were called between the unexpecting mother’s pain getting worse and her giving birth.

The emergency responders were stunned to be greeted with a newborn instead of a kidney stone.

Melissa and Liam were taken to hospital, where he was found to have a minor iron deficiency, but was otherwise healthy.

The new mom had a history of irregular periods and put her weight gain down to being stuck at home during Covid.

The couple who have been together since 2014 has gone into overdrive to prepare for their surprise arrival.

They have been engaged since 2016 and had plans to get married in 2020 but had to cancel due to the pandemic.

However, they will now need to make room for their newest guest as they rearrange to tie the knot on June 18.