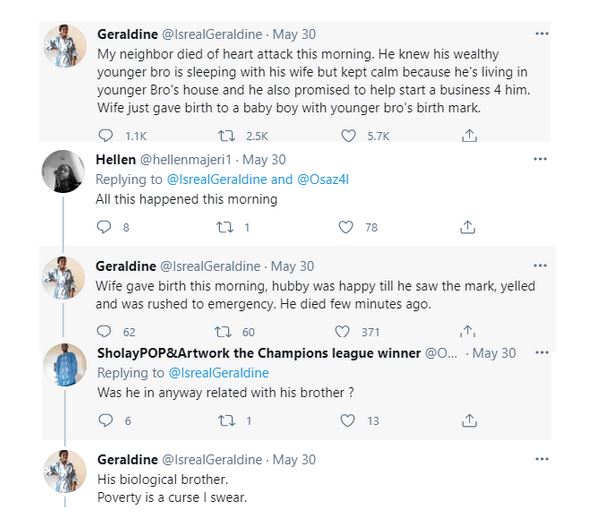 A Twitter user has narrated how a man died of heart attack after his wife he suspected of being unfaithful gave birth to a baby who has the same birthmark as his younger brother.

The Twitter user claims the deceased lived with his wealthy younger brother and knew his brother had been sleeping with his wife but kept calm because his brother is his benefactor.

However, the man’s wife is said to have welcomed a baby boy on Sunday morning, May 30, and when her husband saw the baby, he noticed the child has the same birthmark as his younger brother and he collapsed.