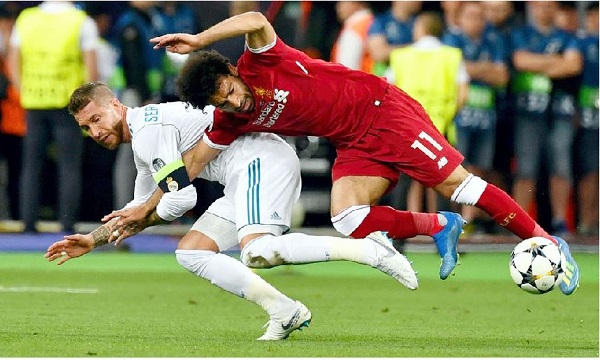 Liverpool have drawn Real in the quarter-finals in a repeat of the infamous 2018 final when Ramos forced Mohamed Salah off with a shoulder injury before the Spanish giants won 3-1.

Gareth Bale scored a stunning goal in that final and Klopp says it will be the first time he has faced them without Cristiano Ronaldo.

“It’s just under three years ago that we faced them and it was a tough night for us, so to get the chance to play them again is cool,” said the Reds boss.

“And a few young prospects, proper players on top of that. I’m really looking forward to it.

“It’s exciting, exciting. It’s obviously a tough draw, but I’m fine with it because if you look at all the other teams you think, ‘Oh my God!’ because they’re all strong and all have quality.”