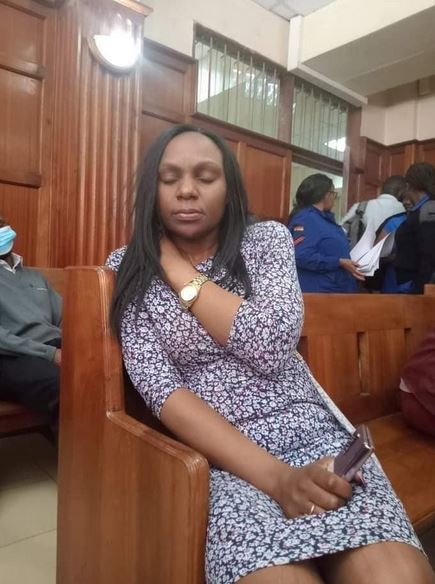 A drunk woman who dozed off and began snoring loudly during court proceedings has been detained by a Nairobi Traffic Court.

Sharon Oparanya had been arraigned before Magistrate Martha Nanzushi on Thursday morning, September 22, to answer to charge of driving under the influence.

However, she slept off on the bench and started snoring loudly which made the Magistrate to inquire from the orderlies the person who was snoring in court.

“Wait wait! Why is she snoring in court, is that someone sleeping in my court? “the magistrate posed.

In reply, a court orderly said that Oparanya was drunk and that’s why she was sleeping in court.

“Your honour, she is drunk and that’s why she is sleeping in court,” the officer said.

Following the distraction, the magistrate ordered Oparanya to be detained at Lang’ata Women’s Prison until Friday when she will answer to the charges.

According to the charge sheet filed in court by the DPP, Oparanya is accused that on September 22, 2022 at 7:35 am along Ngong Road “being the driver of a Mercedes-Benz did drive on a public road under the influence of alcohol to such an extent as to be incapable of having proper control of the said motor vehicle.”