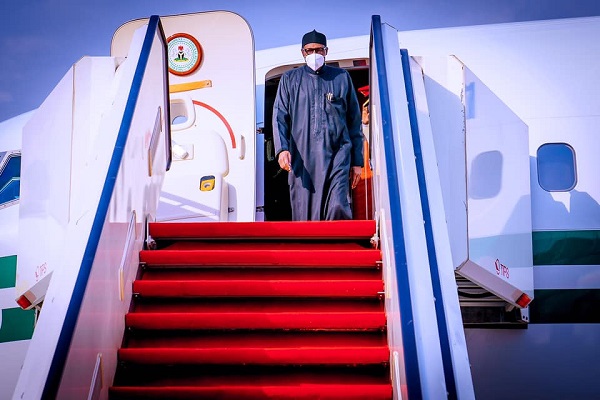 The Special Adviser to President Muhammadu Buhari on Media and Publicity, Femi Adesina, has stated that those who think they make life difficult for his principal when they hound or harass him are doing it in “vain”.

Adesina, in an article titled, ‘Hounding the President, will they ever learn?’ narrated how he was inundated with messages and calls over Buhari’s health after he returned from his medical trip to UK.

He said: “I wondered where the falsity was coming from. But patiently, I tried to respond to the enquiries, reasoning with the callers that the President came back to the country early Thursday evening, in the full glare of Nigerians.

“He even granted an interview at the airport, saying his routine medical checks went well. On Friday, he was in the office, and equally attended the Jumat service. Saturday was for rest and time with the family.”

He described those who started the rumour as “evil-hearted people, who never love to see or hear any form of good.

“They are people who spend their days expecting the storm, and so they never enjoy the rainfall.

“From day one in office, they have hounded and hectored the President but God simply laughs them to scorn. Who is man that says anything and it comes to pass, when God has not said so?”

Narrating when President Buhari took ill in 2017, Adesina explained despite assumptions and ill-thoughts of people concerning Buhari, he came back stronger to prove them wrong.

He said: “You would think they would learn their lessons, hide their faces in shame, and throw up their hands in surrender. But they love beatings, so they continue to speak and wish evil. But each time, it falls right in their faces. Will they never learn that God has the ultimate say?”

Adesina noted after Buhari’s trip to a conference in London January 2020 and COVID-19 broke out in full force, the President never went out for any form of medical attention.

He further described Buhari as a “cool customer”, who is never flustered, harried or disconcerted.

“He (Buhari) simply focuses on what he is doing, ignoring the noise of the market. Kick like a dying horse, shout yourselves hoarse, curse, murmur like a ghost, hiss like a snake, President Buhari keeps his eyes on the ball.”