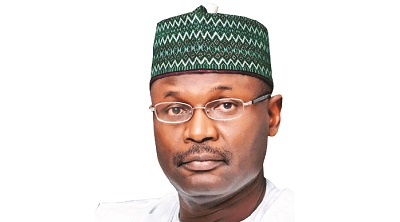 The Independent National Electoral Commission (INEC) will not take further actions on the Imo North Senatorial Election despite an order of court to issue one of the contestants, Ifeanyi Ararume, with a Certificate of Return within 72 hours.

A Federal High Court sitting in Abuja and presided over by Justice Taiwo Taiwo, on Thursday, ordered INEC to issue Ararume Certificate of Return as the winner of the Imo North Senatorial bye-election.

Same day, an Owerri High Court, presided over by Justice E. O. Agada, gave an opposite Order, restraining the Commission from issuing Ararume with the Certificate of Return.

INEC National Commissioner and Chairman Information and Voter Education Committee, Festus Okoye, in a chat with The Nation, stated that “based on the multiplicity of judgements and Orders in the Imo North matter, the Commission will carefully study them and do the needful”.

According to him, “as at today, there are over 13 cases either filed or decided by the various courts relating to the Imo North Senatorial bye-election.

“The Commission will deliberate on the matter, take a decision and inform the public. Hence, these judgements must of necessity pass through our processes and procedures. We are not a court of law. We do not have adjudicatory powers. We give effect to judgements and orders of courts based on their tenor, context and our understanding of the judgement or orders we have been directed to give effect to”.