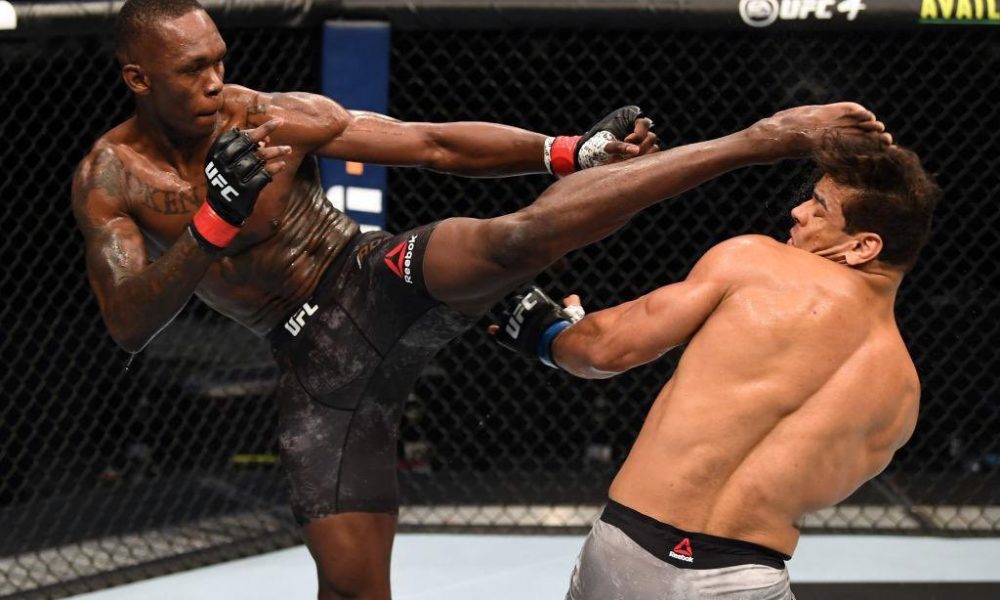 Paulo Costa, Brazilian UFC star angered by the ‘disgusting’ celebration his Nigerian rival Israel Adesanya, had after winning their fight, has challenged him to another fight.

Adesanya, who is Nigerian middleweight undefeated champion, 31, defeated Costa with a second-round TKO win to retain his UFC middleweight title in Abu Dhabi over the weekend.

When the referee was about to end the match, Adesanya mocked his opponent, and pretended to have sex with Costa before moving away to celebrate the victory.

Reacting, “I come here to talk about the actions that the human trash did after our fight,” Costa said in an Instagram video.

“Nobody will stop me. Nobody can stop me.”

He described what Adesanya did as unacceptable and disrespectful, adding that he will have to pay for that in the Octagon next time.

“He will have to pay every penny in our next fight,” Costa said in another video.

“[UFC president] Dana White, make this fight happen. I didn’t see what he did in the Octagon until now. It’s a matter of honour now. Dana White, make it happen. I will be 100 percent this time, no excuses, to rip this disrespectful clown’s head off.”