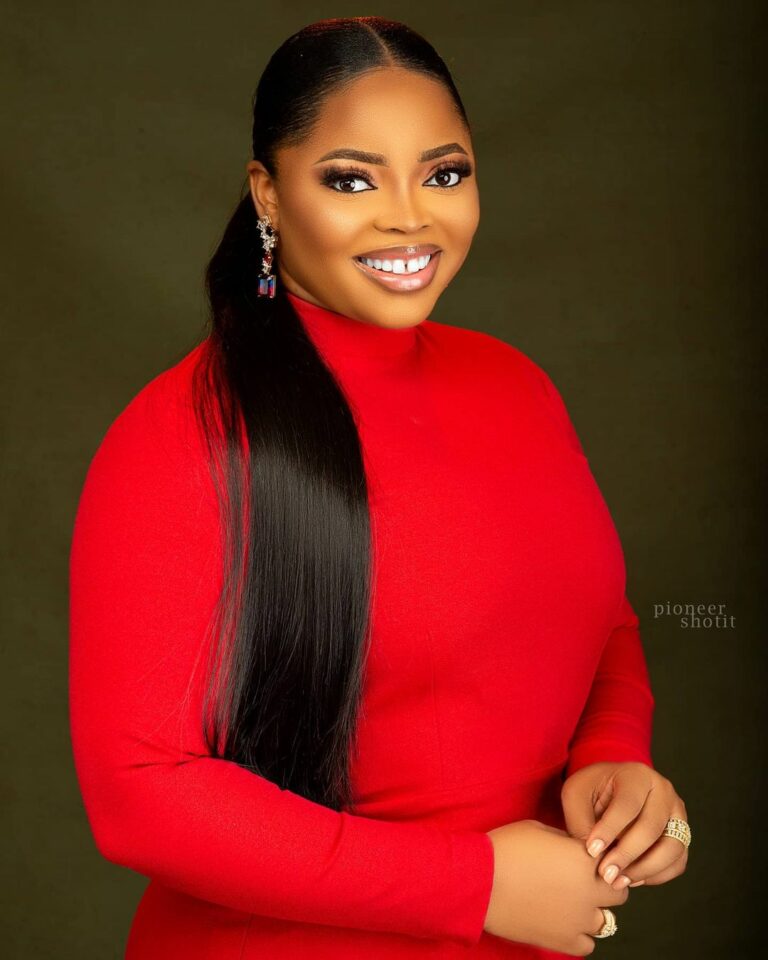 A popular actress, Juliana Olayode aka Toyo Baby has opened up on why she quit acting.

The actress who came to limelight after featuring in “Jenifa’s Diary” revealed that she decided to stop acting because of kissing scenes.

According to her, she would never kiss any actor because she only wants to kiss her legally married husband. She added that she is also not comfortable with shooting multiple kissing scenes because the movie producers would have to shoot different angles to get the perfect shot.

She further explained that she is not condemning kissing scenes in movies, but she has made a personal resolve to only kiss her husband.

Juliana rose to limelight after featuring on Funke Akindele’s TV show, Jenifa’s Diary. However, since she quit her role in the TV sitcom, she has only featured in few Nollywood movies.