Home » News » I Have A Strange Feeling – Messi Remembers Maradona

I Have A Strange Feeling – Messi Remembers Maradona 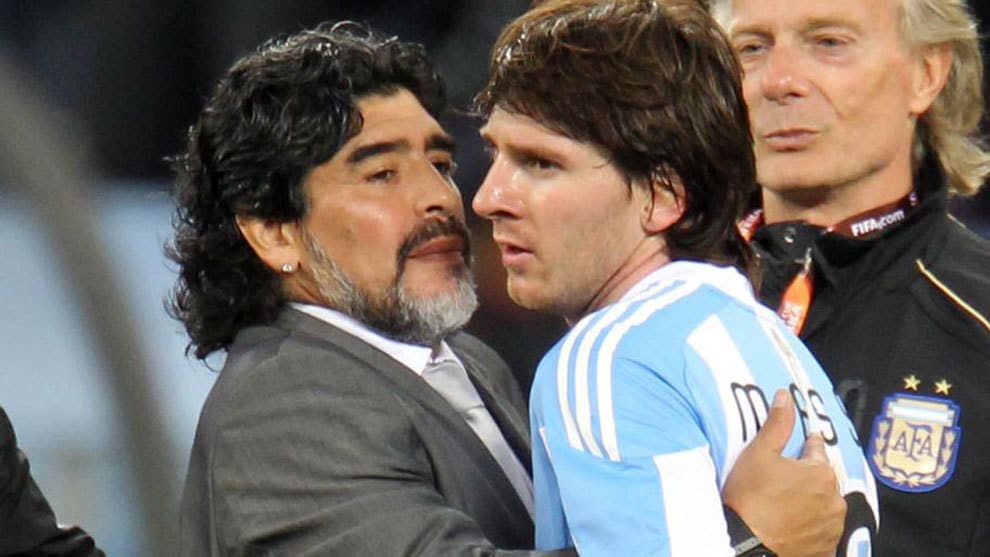 Football star, Lionel Messi has flashed back to memories recalling the good time he had shared with late Argentina legend, Diego Maradona.

Naija News understands that today, November 25 completes a year since Maradona died of a heart attack. Former midfielder and coach Maradona died at the age of 60 last year.

Speaking today during an interview with MARCA, Messi said it’s strange feelings for him to have imagined that it’s exactly a year now that the football legend passed away.

The Paris Saint-Germain forward said at some points he always think he will see Maradona on TV or at an interview giving his opinion on important matters.

He said: “It seems like yesterday, I have a strange feeling,” Messi told MARCA.

“It feels incredible that a year has passed already and, without him [Diego Maradona] here, Argentina are again champions [of the Copa America] after so many years.

“You always think that, at some point, you will see him again on TV, in an interview, or giving his opinion about something. But it has been a long time since he passed away and it seems like yesterday.

“I will always remember the best memories we shared, those that I was lucky enough to have with him.”

Naija News understands that Maradona while he was still a player, captained his country to win the 1986 World Cup.

The football legendary also played for Barcelona and Napoli, scored 34 goals in 91 appearances for Argentina and was featured in four World Cups.

Maradona helped Napoli win two Serie A titles in 1987 and 1990. Napoli president Aurelio de Laurentiis had requested in an open letter for the club’s stadium name to be renamed after the late legend.

And the mayor of Naples, Luigi de Magistris, approved the measure.