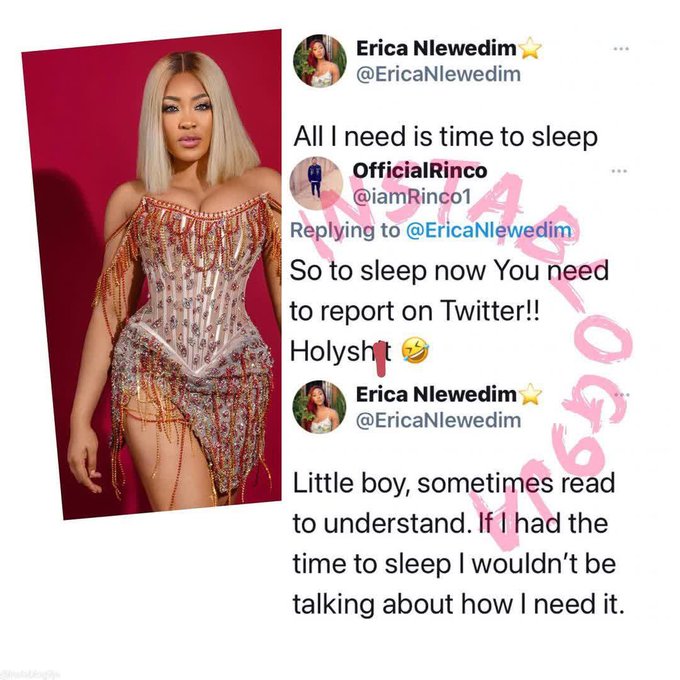 Popular reality TV star, Erica Nlewedim has revealed that she no longer has enough time for sleep.

The award-winning fast-rising actress took to her Twitter page to lament about her busy schedule that has made it nearly impossible for her to get a good sleep at night.

The BBNaija Lockdown season five former housemate explained this better to a troll who laughed at her tweet.

As a reply to the troll, the self-proclaimed Star Girl wrote:

“Little boy, sometimes read to understand. If I had the time to sleep I wouldn’t be talking about how I need it.”

See her tweets below: